Here is what's new inside the Indian FTR Carbon 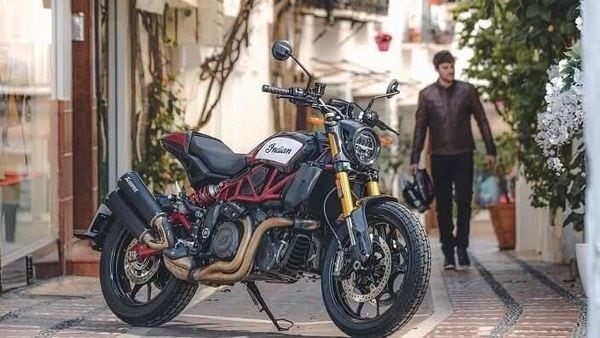 Indian FTR Carbon is the new flagship variant in the FTR series of bikes.

After teasing the bike’s arrival last week, Indian Motorcycle recently revealed its latest bike, the FTR Carbon. The company claims that the new FTR Carbon is as close as it gets to its flat-track championship winning race bike, the Indian FTR 750.

While the FTR 1200 is already considered pretty close to the FTR 750, what’s different in the bike, beside the ‘Carbon’ suffix?

As the name says, the bike hosts a slew of carbon-fibre elements to make it look even more intimidating than it already is. For example, everything from the front fender, headlight surround, tank/airbox covers, and pillion seat cowl, there’s carbon-fibre everywhere. To make the cosmetics more dramatic, it gets a big-sized ‘FTR 1200 Carbon’ branding over the fuel tank. Moreover, another major addition is the use of black shotgun type Titanium Akrapovic 2-1-2 exhaust system.

Sadly, the bike misses out on any mechanical update. It uses the same 1,203 cc V-Twin engine seen on the FTR range of bikes. It’s a liquid-cooled engine which delivers 126 PS of maximum power and 120 Nm of peak torque. The company claims that this power plant has been tuned to deliver an exhilarating low-end/mid-range torque delivery.

As far as electronics package is concerned, the bike hosts features such as lean-angle sensitive stability control, ABS, traction control and wheelie mitigation control. It comes with three riding modes which comprise Standard, Sport and Rain. Moreover, it also gets a 4.3-inch fully-digital and coloured instrument cluster featuring Bluetooth connectivity and USB fast-charger port. What’s to be noted is that this is the same equipment set-up which was also shared with other bikes in the FTR range and there is no exclusive update on the FTR’s ‘Carbon’ variant.

It will go on-sale in the international markets very soon. As far as India is concerned, chances are slim.