Indian Scout Bobber Sixty unveiled: All you need to know

The Indian Scout Bobber Sixty is a stripped-down version of the original Scout Bobber.
By : Prashant Singh
| Updated on: 09 Mar 2020, 17:41 PM 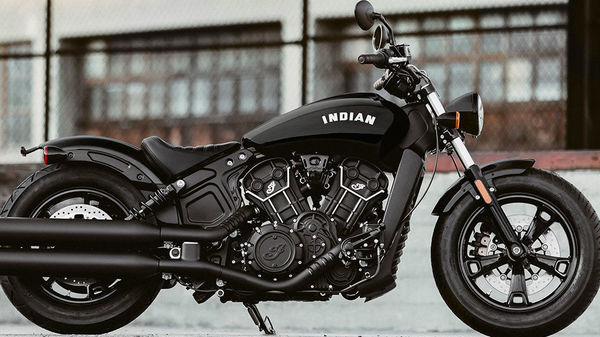 Indian Motorcycle has just pulled the covers off the new Indian Scout Bobber Sixty. For the uninitiated, there is one other motorcycle in the company's line-up with the 'Sixty' suffix, the Scout Sixty. Apparently, the Sixty suffix promises a slightly more affordable package with some alterations, and the Scout Bobber Sixty is no different.

It is a stripped down version of the Scout Bobber, but mind you, it doesn't look like it at least from its outer physical appearance. Speaking of which, it carries the same all-black theme from its donor model which makes it quite intimidating to look at. It gets perch-mounted rear view mirrors, while the original model features bar-end units. Some of the key styling differentiators include its blacked-out engine section, stripped-down headlight, modern tank badge, all-new five-spoke alloys (black), and a single-seat which comes blacked-out too. It is available in two colour options, including gloss black and matte black colours.

In terms of mechanicals, the bike uses the 999 cc V-Twin engine which is good enough for an output of 74 PS and 88 Nm. This engine is available with the same 5-speed transmission set-up. For the record, it is the same unit which powers the Scout Sixty. In comparison to the Scout Bobber's powertrain, this is slightly underpowered and is lighter in terms of weight by 10 kg.

The bike has already been launched in its home market, but as far India is concerned, it is expected to arrive here around mid-2020. It has been officially listed on the Indian website as well.

For the American market, the pricing has been kept at USD 8,999 which translates to a little over ₹6.5 lakh. While the Scout Bobber is priced at ₹13.15 lakh (ex-showroom, India), in the 'Sixty' avatar, expect it to be priced somewhere around ₹11 lakh.