Harley-Davidson will introduce S2 Del Mar, the LiveWire One's sibling in the next few years.Harley's new and affordable electric models are also expected to be launched in India.
By : HT Auto Desk
| Updated on: 17 Dec 2021, 10:25 AM 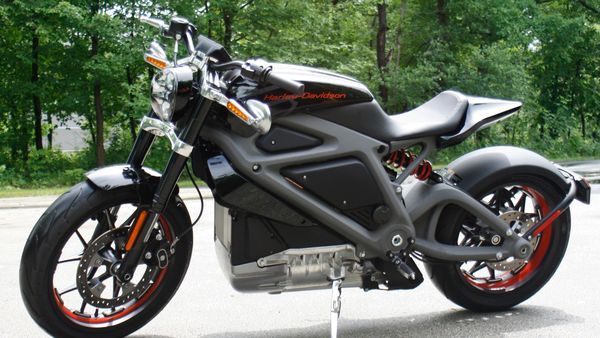 Harley-Davidson is planning more electric bikes under its premium EV brand LiveWire. If international media reports are to be trusted, the company will introduce ‘S2 Del Mar’, the LiveWire One's sibling in the next few years.

It is going to be based on the company's new proprietary scalable modular ‘Arrow’ platform. This new platform has been pitted as a cheddar-friendly addition to the middleweight segment. And more models will be added in the future using the same platform.

Harley will add more bikes based on the same platform after the middleweight LiveWire S2 (System 2) models. There will be a more lightweight series of LiveWire S3 models and heavyweight LiveWire S4 models. Needless to say that the H-D LiveWire One will also continue to be the brand’s premium model (with its sky-high price).

The new Arrow platform will bypass the current LiveWire One's battery-stored-in-frame function as it uses the battery as a stressed member; something similar to what is seen in a KTM SuperDuke R, BMW Motorrad’s R1100RS, or Ducati's lineup. The platform will feature a motor, battery, inverter and on-board charger that can be used in different configurations.

The S2 will appeal to the middle category of the audience and will thus not feature the LiveWire One's ballistic motor performance. The new battery-powered models from the legacy motorcycle maker will also knock on the Indian doors post their international appearance. Expect more details to be rolled out in the near future.