Harley-Davidson announced a deal with the special purpose acquisition company (SPAC) AEA-Bridges Impact Corp and Taiwanese electric scooter giant KYMCO. The new entity is expected to be valued at $1.77 billion, while LiveWire will reap net proceeds of about $545 million from the deal.
By : HT Auto Desk
| Updated on: 13 Dec 2021, 20:08 PM 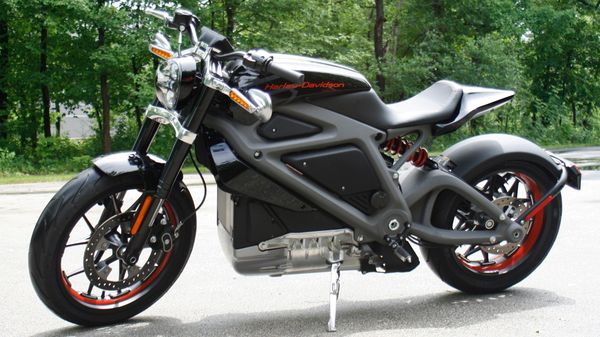 US-based two-wheeler manufacturer Harley-Davidson has reached an agreement to take its electric motorcycle subsidiary LiveWire public through its merger with a SPAC AEA-Bridges Impact Corp. LiveWire will now be listed on the New York Stock Exchange after this announcement.

The companies special purpose acquisition (SPAC) are companies without activity which have raised money from investors and listed companies in order to merge inversely with an unlisted company. AEA-Bridges is founded by executives from AEA Investors and Bridges Fund Management.

The new entity is expected to be valued at $1.77 billion, while LiveWire will reap net proceeds of about $545 million from the deal. The deal will be funded by the AEA-Bridges Impact Corp's $400 million cash held in trust and another $100 million investment each from Harley-Davidson and and Taiwanese electric scooter giant KYMCO.

LiveWire is expected to be listed on the New York Stock Exchange under the symbol LVW. Jochen Zeitz, President and CEO at Harley-Davidson, said, "This transaction will give LiveWire the freedom to fund new product developments and accelerate its model to market. LiveWire will be able to operate as an agile and innovative listed company while benefiting from the manufacturing and distribution capabilities of its strategic partners Harley-Davidson and Kymco."

Zeitz will serve as Chairman and Acting CEO of LiveWire for up to two years after the end of the transaction. Harley-Davidson will retain a 74% stake in the company, while SPAC shareholders will own 17% and Kymco 4% while the founders of the SPAC will own another 4% of the stake.

Harley is the latest to cash in on an uptick in valuations of electric vehicles. Last month, Amazon-backed EV maker Rivian shot past a valuation of $100 billion in its market debut after one of the world's mammoth initial public offerings in 2021, surpassing Ford and General Motors.

Harley Davidson had launched its first electric bike from its LiveWire brand earlier this year. The electric two-wheeler is priced at $22,000.