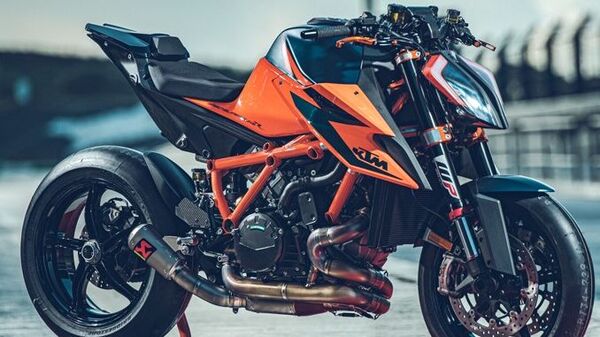 KTM is developing a fully electric Duke motorcycle, as revealed by the recent Pierer Mobility documents posted on Motorcycle.com.

The news doesn't really come down as a big surprise as previously Husqvarna, the sister concern of KTM, also revealed its E-Pilen battery-powered two-wheeler.

Duke electric will share its technology with the E-Pilen. Thus expect a 5.5kWh fixed battery pack on the green Duke that will produce somewhere around 10kW of maximum power. This output converts to around 13.4bhp which is close to what KTM's smallest Duke 125 offers (14.5bhp). At this output, the e-Duke will come out as an entry-level electric bike that will target majorly the new riders and A1-license holders.

The use of small/medium-sized motor also indicates that the electric Duke will come out to be an affordable product. By limiting the performance and cost, the company will be able to target the bike to a broader audience.

As far as the exterior design goes, the electric Duke will sport a very similar frame and rear suspension as its Swedish counterpart. Also, there will be typical KTM body lines as the image of the prototype of the bike suggests.

While there is no official confirmation, Pierer Mobility may bring either of the E-Pilen and E-Duke bikes to the Indian shores. If that happens, expect the bikes to be manufactured by none other than Bajaj Auto at the new production facility in Akurdi, Maharashtra. The Pulsar maker has also previously announced an investment of over ₹300 crore for this manufacturing facility dedicated towards the production of EVs only.