In an exclusive telephonic interaction with HT Auto, Bipul Chandra, MD, Ducati India has confirmed that the company is planning to introduce three new products in the country this calendar year.
By : Prashant Singh
| Updated on: 13 May 2020, 09:34 PM 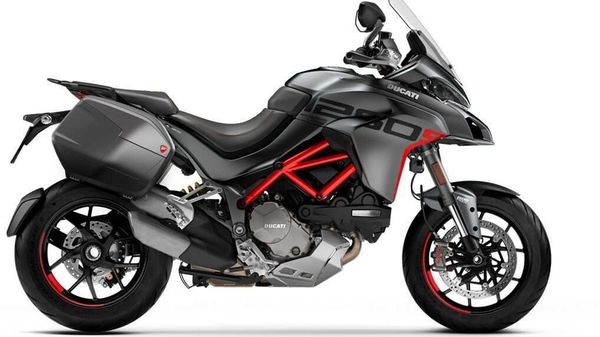 Ducati revealed a host of new products and updates last year. The bike maker now plans to introduce some of them in the Indian market soon.

In an exclusive telephonic interaction with HT Auto, Bipul Chandra, MD, Ducati India has opened up about the upcoming product launches for the company this year.

"We are going to bring out bikes into various segments in the current calendar year. There would be one superbike, followed by an adventure tourer and a heritage bike. So these are a couple of products that Ducati would bring. We had plans of getting some more products but due to the Covid-19 pandemic we have lost a couple of months and this has pushed back some launches to next calendar year," Chandra said.

Ducati India has already teased the arrival of Panigale V2 at its official social media handles. This will be the company's very first launch in the days to come. (More details here)

Second major launch hinted in the discussion is an adventure tourer. Though specifics were't revealed but it could be the Multistrada 1260 S Grand Tour. The bike has already been launched in the international market and is placed between the 1260 Enduro and the top-spec 1260 Pikes Peak. Ducati has managed to differentiate the 'Grand Tour' from rest of the 1260 models due to its new matte Sandstone Grey paint job and it also gets a GT badge. While on the inside, the bike is basically a Multistrada 1260 S with standard touring kit such as heated grips, fog lamps, a keyless fuel filler cap, tyre pressure monitoring system and the Ducati Touring pack.

Next in the list is a heritage bike, or a city/neo retro motorcycle. Currently, the only range which fits the description is the 'Scrambler' range. Ducati introduced the new Scrambler 1100 PRO and the Scrambler 1100 Sport PRO earlier in 2020. With the 'PRO' suffix, the range received new colour schemes, new graphics and a couple of updates to the body panels and lights. The higher-spec 'Sport PRO' also received additional Ohlins suspension set-up.

Apart from this, internationally, there is one more new Scrambler which was updated last year - Scrambler Icon Dark. But its Indian arrival is currently not confirmed for this year.

(Also Read: Ducati Panigale V4 R Lego model is as good as it gets)