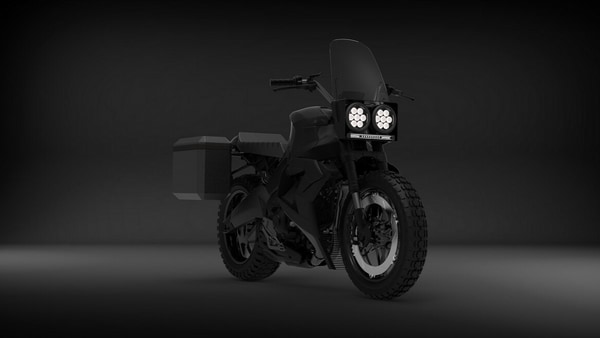 Buell Motorcycle's new touring model prototype called Buell SuperTouring 1190 will make its official debut today at the Daytona Bike Week 2022. The company has made bold claims that it is going to be the ‘world’s fastest production touring bike’.

The company will also initiate reservations for production slots for the SuperTouring 1190 model later today. The motorcycle's price has been kept at USD 21,995 ( ₹16.65 lakh) and it will hit the production line in the Fall of 2022 (September-November). However, it is unlikely to be launched in the Indian market anytime soon.

The bike sets its sight on other top-spec touting bikes such as the BMW R 1250 and the new Honda NT1100, also not to forget the adventure-cum-touring Harley-Davidson Pan America. Most of these bikes are already on-sale in the Indian market.

At the heart of the motorcycle sits a 1190cc V-twin engine. This has been rated to produce 185 bhp of maximum power which is backed up with 101Ib-ft/137Nm of torque. The transmission option is a 6-speed unit.

“We’ve taken the Buell DNA customers know and love, and applied to the performance touring segment, developing a topline touring bike that will lead the American market in speed, handling and performance," said Bill Melvin, CEO of Buell Motorcycle Co.

“The Buell SuperTouring 1190 is a next level touring bike with designs that will bring excitement back to American touring motorcycles! Plus, in spite of supply chain headwinds, it’s on target for production to start this fall!"

Apart from the new SuperTouring 1900, the company will also display the new Buell Baja DR (dune racer), which is touted as the ‘world’s fastest production dirtbike’.