Buell Motorcycles makes a comeback, to launch 10 new bikes by 2024

The upcoming models by Buell Motorcycles will be launched in all segments - dirt, dual-sport, touring, and cruisers.
By : Prashant Singh
| Updated on: 20 Feb 2021, 10:46 AM 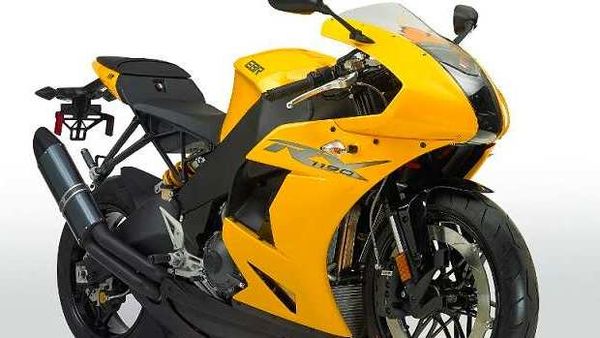 The company originally started as Buell Motorcycles in 2009 by Erik Buell.

Buell Motorcycles is back in business and has also announced plans on launching 10 new bike models by 2024. The upcoming motorcycles will include bikes in all categories - dirt, dual-sport, touring, and cruisers, the company said. It also announced that the new lineup will be expanded to a number of small and medium displacement bikes.

The currently produced models by the brand come based on the Buell's 1190 platform but the company is now planning to expand the entire range and introduce new platforms. In addition to that, it is also exploring opportunities for a high-performance electric model and is also looking forward on collaboration with other companies.

"Buell is back!" said Bill Melvin, CEO. "We are excited to bring Buell back with this awesome assortment of superbikes and performance motorcycles. We start with the fastest American production motorcycles, hand-built in the USA, so that's a nice start! We're building out those platforms for more touring and adventure models, then we're expanding our displacements to be competitive with other global brands. The passionate Buell Nation can grow and thrive again."

The company originally started as Buell Motorcycles in 2009 by Erik Buell. It started operation by producing race-only models which were based on the Buell 1125R. The company also has an Indian connection as Hero MotoCorp acquired 49.2% stake in EBR back in 2013. However, the company reported huge losses and ended up ceasing all operations by 2015.

It has now acquired the Buell brand name and trademarks and is looking forward with aggressive product plans under the CEO Bill Melvin.