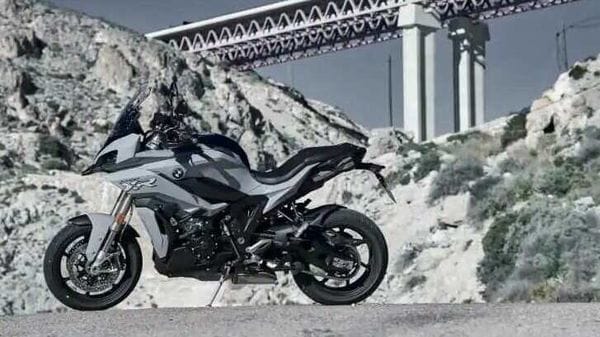 After the F 900 XR and F 900 R launch in India last month, BMW Motorrad has now teased the arrival of the S 1000 XR on its social media platforms. Expect the updated litre-class sport touring machine to set foot in India in July.

The 2020 BMW S 1000 XR was revealed for the first time at the EICMA 2019 in November. With the yearly update, the bike has received some major changes in the form of fresher design and styling, new frame as well as engine. As seen on the latest S 1000 RR sports bike, the new S 1000 XR has also lost its previous asymmetrical headlamps.

Thanks to the new updates (including a 19% lighter swingarm), the bike has lost about 10 kg of weight over the previous year model.

For 2020, it has now also received the S 1000 RR's 999 cc in-line four-cylinder petrol engine. Needless to say, the engine has been tuned for a more relaxed riding and doesn't feature the ShiftCam or variable valve timing technology found on BMW's litre-class sports bike. It churns out 163 PS at 11,000 rpm and 114 Nm of torque at 9,250 rpm. The engine comes hooked to a 6-speed transmission. The top three gears have been updated with longer ratios to better suit the highway riding.

The new S 1000 XR will rival likes of the Ducati Multistrada 1260 S and the Kawasaki Versys 1000, among few more sport tourers. In terms of pricing, expect the bike to be placed somewhere in the bracket of ₹17 to 19 lakh (ex-showroom).