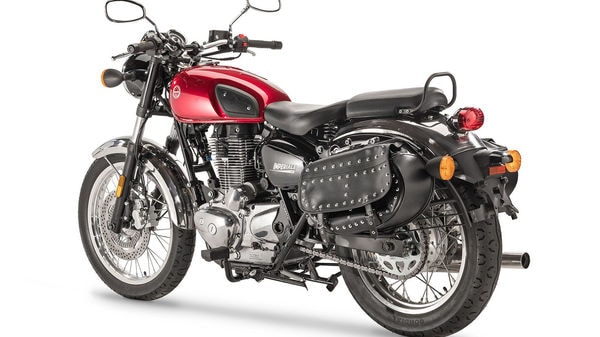 While a majority of auto makers have already updated their product portfolios as per the required BS 6 emission standards, Benelli is yet to make an official announcement regarding the mandatory updates.

Now, Benelli has officially confirmed to HT Auto that it is gearing up to introduce the Imperiale 400 BS 6 in April. Its smaller iteration, the Imperiale 250 BS 6 is also on the list but, however, its launch details aren't concrete. It will arrive only after its bigger counterpart.

As far as pricing is concerned, expect the updated Imperiale 400 BS 6 to have a marginal price hike. Originally launched in October 2019, it was given an introductory price tag of ₹1.69 lakh*, while there was also a recent price revision which hiked its cost to ₹1.79 lakh*. The BS 6 model could retail a little over that, somewhere around ₹1.85 lakh to ₹1.90 lakh (ex-showroom).

Some of the exterior highlights of the Imperiale 400 include its round halogen headlight, twin-pod semi-digital instrument cluster, upright riding stance, spilt seats, spoke wheels, etc.

As far as cycle parts are concerned, the bike comes with 41 mm conventional telescopic forks at the front and preload-adjustable dual springs at the rear. Its braking duties are handled by a 300 mm disc with two-piston floating calliper (front) and a 240 mm disc with single-piston calliper (rear). The brakes work in conjunction with a dual-channel ABS.

The Benelli Imperiale 400 rivals the likes of Royal Enfield Classic 350. For the record, the latter has already been updated to the latest BS 6 emission standards.