The first bike from the Bajaj-Triumph partnership could make its first official public debut sometime in early 2023.
By : Prashant Singh
| Updated on: 02 Feb 2022, 05:26 PM 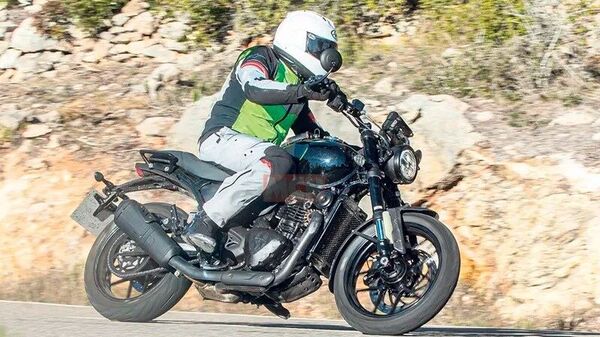 The new spyshots clicked overseas indicate that the motorcycle will feature a single-cylinder engine.

Bajaj and Triumph Motorcycles went into a strategic partnership a few years back. And now as it appears the first product from the Indo-British partnership is already out for testing, indicating that the development is going on in full swing.

The new MCN spyshots clicked overseas indicate that the motorcycle will feature a single-cylinder engine. Needless to say, to keep the costs under check a single-cylinder motor is critical. While the official displacement figures aren't confirmed at the moment, expect the model to displace around 350-500cc. This would put it in the direct territory of models offered by Royal Enfield. Also, there might be two trims on offer - one with 17-inch wheels and a scrambler-styled model with 19/17-inch wheels.

Coming on to the design bit, the bike isn't exactly a cruiser, but a mix of neo-retro model. While there is a front circular headlamp that reminds of the Street Twin, bits such as upswept dual-barrel exhaust, alloys, and a narrow tail end come together to give it a modern touch. In addition to that, also expect the motorcycle to come kitted with a range of model bits such as upside-down forks, LED lighting and TFT display. 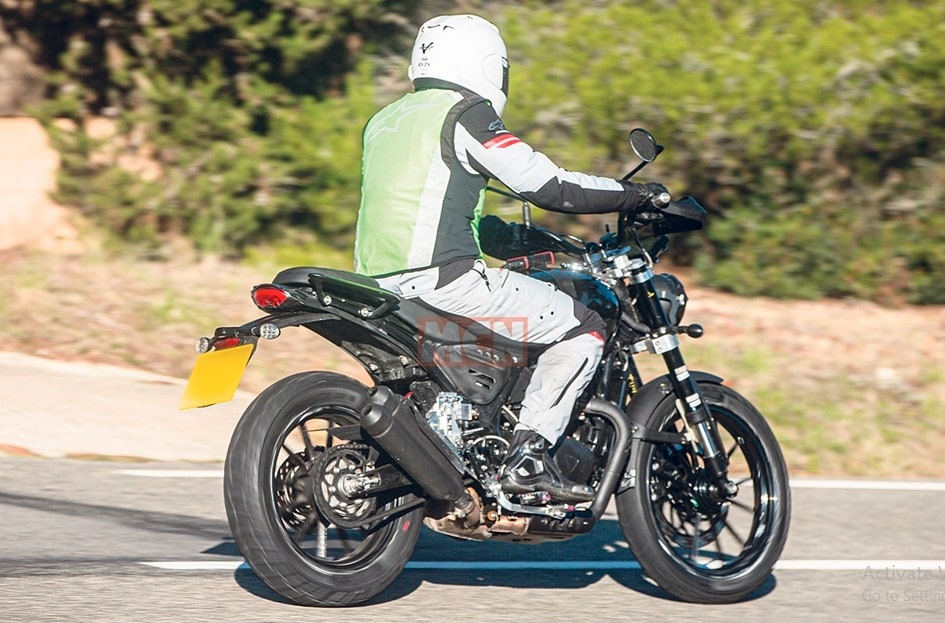 There will be two trims of the bike with different wheel sizes, exhaust and hand guards.  (Motorcyclenews.com)

Needless to say, upon launch, the bike will be positioned as a bare basic, entry-level model something that can rub shoulders with other mass-market products from the rivals such as Royal Enfield, Honda, and Yezdi.

As far as the launch is concerned, there are reports that indicate that this bike could make its first official public debut sometime in early 2023. What remains to be seen is the final pricing placement of this model, which is expected to be somewhere in the range of ₹2.5 to 3 lakh.