Bajaj Twinner nameplate trademarked: Will it be a twin-cylinder Pulsar?

The new Bajaj Twinner name could be used for a premium twin-cylinder motorcycle but there is no official report to back this claim.
By : HT Auto Desk
| Updated on: 21 Jan 2022, 11:13 AM 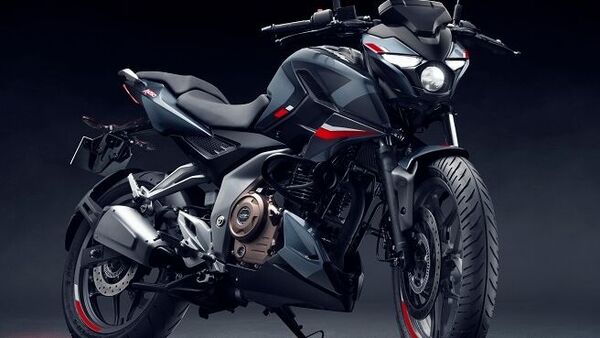 Bajaj Auto has filed for trademark of the ‘Twinner’ nameplate. While is no direct indication as to what the company has in mind but it is developing a slew of premium products under its new partnership with Triumph Motorcycles as it looks forward to foray in mid-displacement premium motorcycling segment.

The new Twinner name could be used for a premium twin-cylinder motorcycle but there is no official report to back this claim. The trademark document suggests that the name has been proposed specifically for motorcycles and scooter, a there is no mention of electric vehicles in the certificate.

Needless to say its partnership with KTM has proved to be fruitful for both the parties as KTM bikes have become fairly popular in the country. Now the company aims to reiterate this success with its collaboration with Triumph Motorcycles. It will be producing affordable mid-capacity bikes specifically for the Indian market. With these products the company will target primarily the mid-sized bike market which is currently occupied by players such as Royal Enfield, Kawasaki etc.

Although, registration of nameplates doesn't necessarily guarantee an imminent launch and also the company has filed for various trademarks in the recent times such as ‘Fluor’, ‘Fluir’, and ‘Neuron’.

The first product under the Bajaj-Triumph partnership is expected to be rolled out by 2023 and the model is likely to sport a neo-retro design based on the similar lines as the iconic Bonneville range from Triumph.

Meanwhile, the company has also upped its electric vehicle game by laying the foundation stone for its new EV manufacturing plant in Akurdi near Pune in Maharashtra. This facility will start producing EVs later this year and will have an annual production capacity of 50,000 EVs initially.