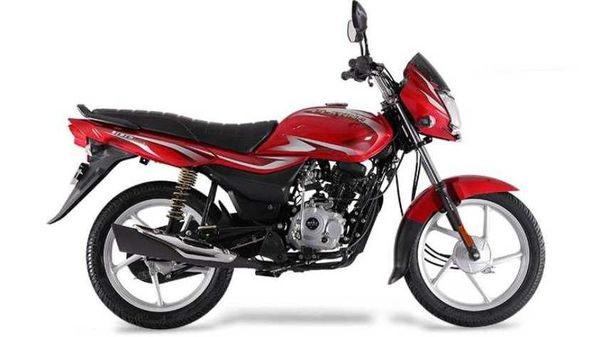 The pricing of the new Bajaj Platina 100 ES (electric start) disc brake variant has been revealed. The new top-spec variant of the Platina 100 range costs ₹59,373*.

As the name suggests, the only difference between the regular Platina 100 ES and the new 100 ES disc brake is the front disc brake on the latter for which Bajaj Auto is charging an additional amount of ₹3,827.

As far as exterior styling goes, nothing has changed. It looks near identical to the regular Platina 100 ES variant sporting a LED daytime running light atop the headlamp. The previous body coloured visor has been replaced with a dark coloured visor which makes it look sportier. Its long and wide seat has been designed mainly for comfort. This seat also gets a ribbed pattern inspired from the higher Platina 110 H-Gear variant.

The Platina 100 is now the only 100 cc commuter bike to sport a front disc brake. It is now priced in the same bracket as some 110 cc commuter bikes such as the TVS Radeon, which is priced at ₹59,742*.