The Bajaj Avenger 220 Cruise sources power from an upgraded 220 cc single-cylinder engine which has been tweaked to meet the stringent BS 6 norms.
By : Prashant Singh
| Updated on: 03 Apr 2020, 15:54 PM 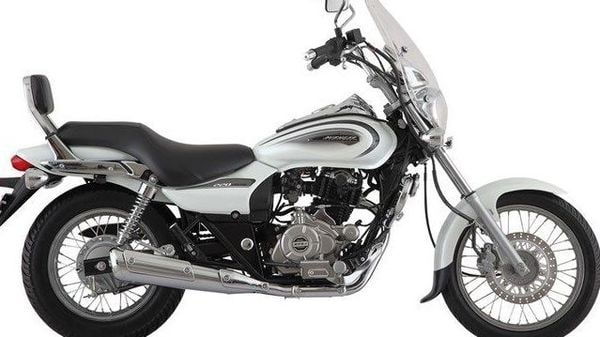 As far as updates are concerned the motorcycle now gets a BS 6 compliant engine, apart from that, there are no feature or cosmetic updates.

The bike sources power from an upgraded 220 cc engine which has been tweaked to meet the stringent BS 6 norms. It is a 220 cc single-cylinder, 4-stroke, oil-cooled engine which features Twin Spark DTS-i technology along with a fuel-injection system.

With the inclusion of fuel-injection, expect the throttle response to be crisper and more refined than before. Moreover, also the fuel-economy is expected to increase slightly.

In terms of exterior styling, there is no significant update. It still features the typical cruiser inspired look with a laid-back seating position and long/extended handle-bar for a relaxed riding posture. Also, the colour and sticker styling remains unchanged.

It carries the fully-digital instrument cluster as before which is capable of displaying all the required information in a simple laid-out manner. Moreover, its other highlights such as fuel tank mounted secondary display, chrome exhaust, cushioned pillion backrest, uniquely designed halogen headlight with LED DRLs, long windscreen, spoke wheels and chrome rearview mirrors remain the same.

Some of its main hardware compos include telescopic front forks with double anti-friction bush and 5-way rear adjustable twin shock absorbers. It braking components include a 280 mm disc (front) and 130 mm drum (rear). It also features a single-channel ABS.