Back to the roots: Jawa Motorcycles shown green light for Europe

Mahindra has received green signal to export Jawa bikes to Europe. Interestingly, first stop for the retro bike brand will be its native land, the Czech Republic.
By : Prashant Singh
| Updated on: 27 Apr 2020, 08:58 PM 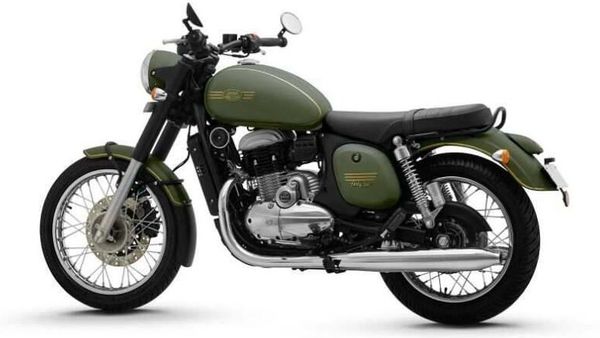 Ever since the brand’s revival in the late 2018, it has been a roller coaster ride for Jawa. The company expanded its dealer network rapidly, even before its production was able to meet the rising demand and this later on took a toll on the motorcycle deliveries.

But looks like now Jawa has all its ducks in a row and the brand is ready to expand its operations to a bigger scale.

Several reports suggest that Mahindra has received green signal to export Jawa bikes to Europe. Interestingly, first stop for the retro bike brand will be its native land, the Czech Republic, and all this has been planned for 2020. The brand will start operations by steadily ramping up the dealership count.

The bikes confirmed for the export include the Perak, the Forty Two, and the Classic. While the Perak runs on a 334 cc single cylinder, liquid cooled, DOHC engine which produces 30 PS and 31 Nm of torque, the last two employ a 293 cc single-cylinder, liquid-cooled engine featuring DOHC setup. The engine comes linked to a 6-speed gearbox.

The motorcycles received the mandatory BS 6 update in India recently and became the first bikes in the country with cross port technology. As per the company, this has enabled the bikes to retain their classic characteristic twin exhaust identity and comply with the stringent BS 6 emission standards.

It goes without saying that with the plans to export Jawa bikes outside, Mahindra is trying to have a bite off the burgeoning modern classic bikes sector in Europe. Just like the Indian market, in Europe Jawa will directly take the fight against the very well established bikes from Royal Enfield.

Note: Jawa Motorcycles is handled by Classic Legends, a subsidiary of Mahindra in India.