The new Speed Twin was officially revealed earlier this year.2021 Speed Twin has already been launched in the international markets.
By : HT Auto Desk
| Updated on: 24 Aug 2021, 12:53 PM 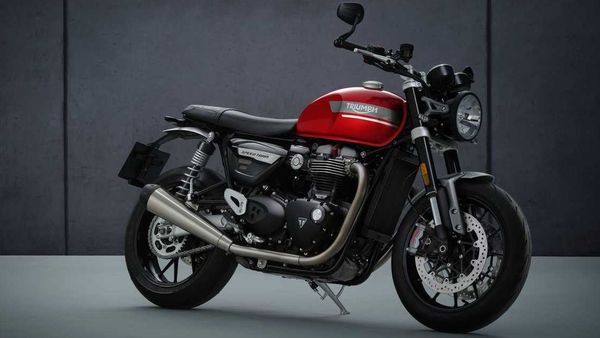 The price announcement of the new Speed Twin will take place on August 31st.

Triumph Motorcycles has announced that it will launch the new Speed Twin motorcycle in the Indian market on August 31st. The new Speed Twin has already been launched in the international markets and has now been listed on Triumph's India website ahead of launch.

The pre-bookings of the new Speed Twin have already commenced. The bike can be booked online at the company's official website or at the authorised dealerships.

The new bike comes with a slew of updated features and changes to the mechanicals. While there are major updates on the engine, suspension setup, and braking hardware, exterior styling remains more or less the same.

The new bike packs the same 1,200cc, parallel-twin, liquid-cooled engine. It is a Euro5/BS6-compliant engine that is known to deliver 98.6bhp of maximum power at 7,250rpm and 112 Nm of peak torque. For the record, previously the motorcycle delivered 96bhp.

The braking setup on the motorcycle includes Brembo M50 callipers with 320mm twin discs at the front and a 220mm single rotor with a Nissin-sourced calliper at the rear.

The new 2021 model is likely to be slightly costlier in comparison to the previous model. It may cost somewhere in the starting range of ₹10-11 lakh (ex-showroom).