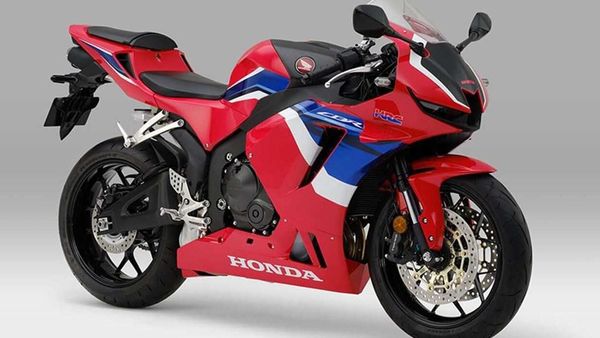 2021 Honda CBR600RR will be a final send off to the iconic middleweight supersport.

After releasing the promo video last month, Honda has now launched the much anticipated CBR600RR bike in the Japanese market at JPY 16,06,000 which converts to ₹11,37,298.

Rumour has it, the new Honda CBR600RR is going to be a Japan-only model. While the chances of its India arrival are next to nil, it is said that even Europe markets will miss out on the new CBR600RR.

On the outside, the CBR600RR features a very CBR1000RR-R Fireblade inspired theme. For the record, the latter will arrive in India very soon. The middleweight CBR gets a very sharp-looking fairing and an aggressive front end with winglets. It also pays tribute to the original model with its underseat exhaust which is one of the key highlights of its design.

At the heart of the final edition 2021 Honda CBR600RR sits a 599 cc, inline 4-cylinder liquid-cooled motor with a DOHC setup. This engine is capable of churning out 121 PS of power at 14,000 rpm and a peak torque of 64 Nm at 11,500 rpm. This engine comes mated to a 6-speed gearbox which features assist and slipper clutch. The company has also kept quickshifter as optional on this setup. The bike is capable of attaining a top-speed of over 225 kmph and redlines at 15,000 rpm.

The 2021 Honda CBR600RR sets sight on the Kawasaki Ninja ZX-6R and the upcoming Triumph Daytona 765.