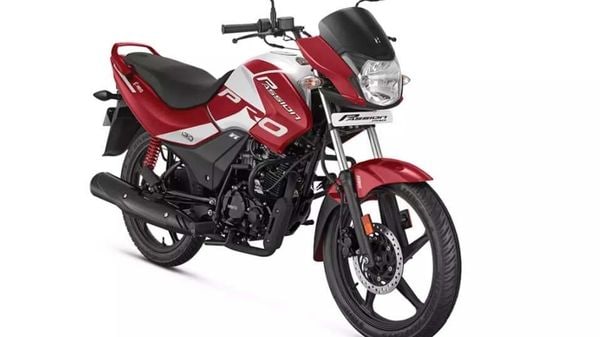 After the Xtreme 160R 100 Million Edition, Hero MotoCorp has now also revealed the pricing of the special edition of Splendor Plus and the Passion Pro motorcycles. For the record, the company reached the 100 million sales milestone in January this year and announced the 100 Million Editions of its bikes and scooter to commemorate the event.

As seen on the previously launched special edition of Xtreme 160R, the new 100 Million Edition variants feature the same dual-tone red and white paint theme. Apart from the paint theme, nothing else has changed on both the bikes in terms of exterior styling and design.

As far as mechanicals go, things remain the same in this department too. As the Splendor Plus continues to use its 97.2cc, single-cylinder engine that's know to deliver about 7.9bhp and 8.05Nm. On the other hand, the Hero Passion Pro runs on a 113cc, single-cylinder motor that churns out 9bhp and 9.89Nm. Apart from the mechanicals, the feature list on both the bikes also remain the same.

After this, expect Hero to shortly launch a similar special edition of Destini 125, Maestro Edge 110 scooters in the market soon.

Since April 2020, the Delhi-based two-wheeeler maker has produced over 5 million two-wheelers, which is down by nearly 15% in comparison to 7.83 million produced in 2019, its highest ever. (More information here)