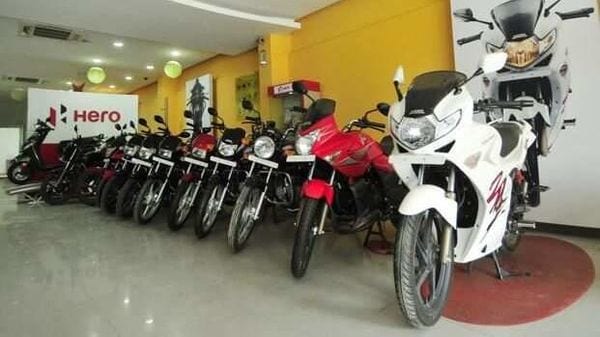 An industry that is still grappling with challenges like the Covid-19 or slowdown, India’s largest two-wheeler maker Hero MotoCorp has set themselves an ambitious target for the upcoming financial year. The two-wheeler manufacturer aims to achieve its second highest ever inventory target of 7.5 million two-wheelers, motorcycles and scooters included, by March 2023.

Since the lockdown ended, the two-wheeler manufacturers across the country have ramped up their production as retail demands continue to rise. According to Society of Indian Automobile Manufacturers (SIAM), motorcycle sales in February this year has gone up by 11.47 per cent to 9,10,323 units as against 8,16,679 in February last year. Scooter sales were also up by 10.9 per cent compared to the same period last year.

Since April 2020, Hero MotoCorp could manufacture a little more than 5 million two-wheelers, which is down by nearly 15 per cent compared to 7.83 million produced in the previous year, its highest ever. With data for March is yet to be released, Hero is unlikely to match the figures in the ongoing financial year.

However, for FY2022, Hero MotorCorp has set itself a bigger target, not only in manufacturing, but also in sales. If it is planning to hit the target of 7.5 million two-wheelers, it will need to increase its production capacity to around 6.50 lakh vehicles per month. The company also aims to double its export to around 4 lakh two-wheelers annually which it wants to increase to around 8 lakh units in coming years.

According to a person privy about the developments was quoted by Mint saying, “Hero’s management is also focusing on doubling its export business next year as it is imperative for them to expand export volumes for further improvement in profits and exports also boost operating margins. Overall, they are planning to target around 800,000 units from exports in the next few years."

To meet the target, the two-wheeler manufacturer has recently increased in capex for FY22 to ₹1000 crore. In the ongoing financial year, Hero had to reduce capex to about ₹600 crore to help reduce costs and go for more cash spends since Covid-19 messed up sales projections completely.