Mercedes, BMW go back to basics with retreat from urban rentals

Mercedes-Benz AG and BMW AG pioneered a service that allowed city-dwellers to rent a car by the minute, but after more than a decade of struggling to make money, they’re returning to their roots.
By :
| Updated on: 03 May 2022, 07:34 PM 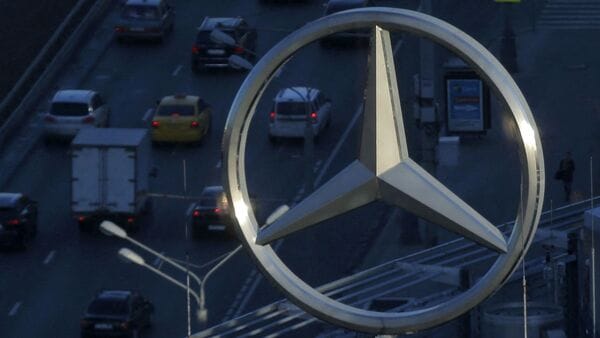 Mercedes-Benz logo on the roof of a building in Moscow, Russia. (File Photo)

Mercedes-Benz AG and BMW AG pioneered a service that allowed city-dwellers to rent a car by the minute, but after more than a decade of struggling to make money, they’re returning to their roots.

Germany’s luxury-car makers started out as competitors in offering free-floating car-sharing before merging their ventures into Share Now in 2019 to cut costs. On Tuesday, they announced the sale of the unit to Stellantis NV -- the maker of Chrysler, Fiat and Peugeot cars -- for an undisclosed sum.

The deal closes the chapter on a bold initiative to offer urban consumers an alternative to car ownership by renting them for cents a minute. The vehicles were booked over a smartphone app and then could be returned anywhere in the service’s geofenced business area.

While car-sharing has proven successful with consumers -- Share Now boasts 3.4 million customers in 16 European cities -- it didn’t become a feeder for sales in the way the manufacturers had hoped. Those prospects aren’t getting any easier. Initiatives in cities like London, Singapore and Paris to reduce congestion and curb harmful emissions are undermining urban car ownership.

The move shows the strain on BMW and Mercedes as they battle with supply-chain disruptions and the costs of competing with Tesla Inc. in upscale electric cars. The two German manufacturers will notably maintain their joint electric-charging unit and said the Charge Now venture is planning additional partnerships.

The luxury-car makers, which are gradually transitioning away from combustion engines, will focus more squarely on their traditional business of selling pricey vehicles like the $85,000 BMW 8-Series and $111,000 Mercedes S-Class to wealthy consumers. They’re both pushing new battery-powered flagship models -- for Mercedes, it’s the EQS and for BMW, the i7.

A business that collected tens of euros per transaction wasn’t an easy fit for BMW and Mercedes. And then there was the struggle to make money in an asset-heavy sector that required significant local resources to maintain and service the fleets.

Juergen Pieper, an analyst at Bankhaus Metzler, estimates that Share Now lost around 200 million euros ($210 million) annually and that business was likely sold for around 250 million euros.

Despite the challenges, the business may be more critical for mass-market carmakers like Stellantis, which face greater risk of urban consumers switching to mobility services, according to Tom Narayan, an analyst at RBC Capital Markets.

Stellantis will merge Share Now into its Free2Move mobility unit. Volkswagen AG is also active in car-sharing with its WeShare service, which offers short-term rentals of its electric models.

Stellantis clearly sees Free2Move’s mobility offerings, which including parking services alongside ride- and car-sharing, as a way of future-proofing its business. The purchase adds 10,000 vehicles to its fleet of 2,500.

“We want to be able to have all the solutions in all the cities around the world," said Brigitte Courtehoux, the unit’s chief.