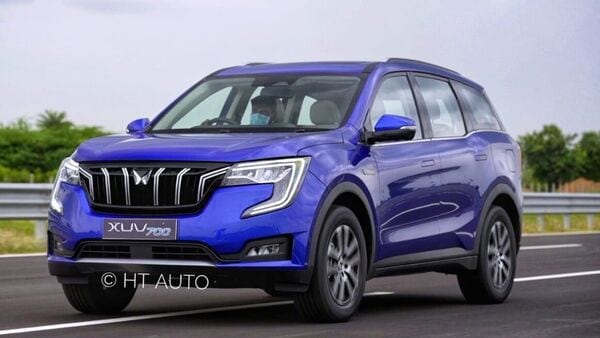 Mahindra and Mahindra on Friday announced that it has achieved overall sales of 54,096 vehicles in the month of June, registering a growth of 64%. The home-grown automaker sold 26,620 SUVs last month, marking the second consecutive highest SUV sales quarter. The company has attributed this success to a robust demand for its models including XUV700, Thar, Bolero and XUV300.

The company recently added yet another SUV to its line-up - the Scorpio-N at a starting price of ₹11.99 lakh for the Z2 Petrol MT variant with the pricing going up to ₹19.49 lakh for the Z8 L Diesel MT variant. The SUV is being made available in five trim options – Z2, Z4, Z6, Z8, and Z8L in both diesel and petrol engine options. These prices are applicable for first 25,000 bookings. “We had a blockbuster launch of the Scorpio-N and it has generated tremendous buzz and anticipation," said Veejay Nakra, President, Automotive Division at Mahindra and Mahindra.

In a separate development, the Mahindra XUV700 achieved the Global NCAP's Safer Choice Award for being the safest car in India. The XUV700 SUV had previously received a five-star safety rating. The title is only awarded to models achieve high levels of safety performance and meet certain criteria including offering Electronic Stability Control (ESC) and meeting performance requirements according to United Nations Regulations UN13H, UN140 or GTR8. The model must have achieved a five-star score for adult occupant protection and at least a four stars in child occupant protection.