Apple has roped in Luigi Taraborrelli, a 20-year veteran executive from Lamborghini, to lead the design of the US tech giant's upcoming self-driving electric vehicle.
By : HT Auto Desk
| Updated on: 28 Jul 2022, 13:39 PM 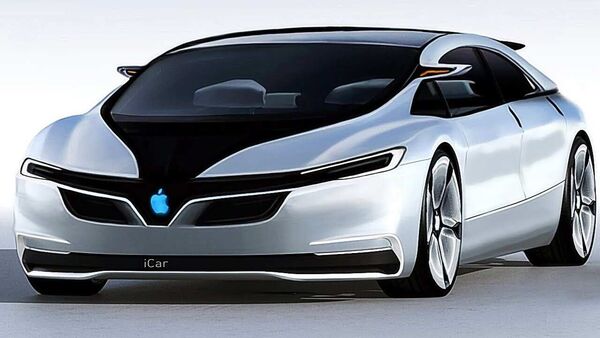 Apple has roped in former head of chassis and vehicle dynamics of Lamborghini to lead its self-driving electric car project. According to a Bloomberg report, the US-based tech giant has hired Luigi Taraborrelli, who has served around 20 years with the Italian car manufacturer. In his new role, Taraborrelli has been tasked to lead the design of Apple Car, one of the most anticipated project from the iPhone-maker. With his experience, Taraborrelli is now one of the most senior members in the Apple Car project team.

Taraborrelli, while working at Lamborghini, helped the Italian carmaker develop luxury cars and sports cars like Urus, Huracan and Aventador. More recently, he has been involved in developing Lamborghini's first off-road model Huracan Sterrato as well as the Asterion concept car. Taraborrelli was responsible for handling, suspensions, steering, brakes and rims of Lamborghini cars during his tenure.

With the recruitment of yet another industry veteran, Apple has shown that it is serious about its electric car project. It had earlier roped in former chief of Canoo, the EV subsidiary of Ford Motor, BMW's former head of the electric vehicle business and Stuart Bowers, the former chief of Tesla's Autopilot division. The Apple Car project is currently led by Kevin Lynch with engineers and developers from an array of carmakers like Tesla, Rivian, Waymo, Volvo, Mercedes, Porsche, McLaren and Aston Martin as well.

Apple plans to officially unveil its first electric car in another three years. The development of the self-driven EV has been strictly under wraps. The company has been working on an electric car since at least 2014. Apple aims to bring out a car which can run without a steering wheel or pedals, relying completely on automation.

Apple Car project has had its share of crisis, which has delayed the production of the electric vehicle. The company had first revealed its self-driving tech aspirations in 2016. Last year, the company trimmed its team devoted to self-driving car technology. It remains to be seen if Apple can stick to its 2025 deadline to finish the project.