Volkswagen Virtus is one of the smartest-looking sedans around and all eyes are now on how the company would price the product.
By : Shubhodeep Chakravarty
| Updated on: 24 May 2022, 11:14 AM 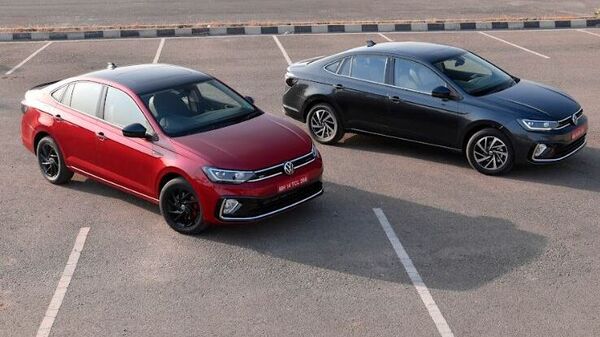 Volkswagen Virtus has a launch date and it is scheduled for June 9. The Virtus is the latest product from the Volkswagen camp in India and the model is looking at reviving the mid-size sedan segment, a category that has conceded ground to SUVs in recent times. The Virtus follows the line already taken by Skoda Slavia, its technical cousin, and will be offered in two broad trims - Dynamic Line and Performance Line.

The Virtus is based on the Volkswagen MQB A0 IN platform which also underpins the Slavia from Skoda that was launched earlier this year. Larger than the Vento, the Virtus will also replace this model in the market here. But while space and a stronger road presence are key focus areas, Volkswagen is also betting big on the engine options and feature lists to impress prospective buyers.

The 1.0-litre motor produces 114 bhp and offers 175Nm of torque while the more capable engine offers 148 bhp and has 250 Nm of torque for the taking.

Virtus is loaded with new-age features in a determined bid to make it appeal to customers looking for a premium vehicle from the inside. The cabin of Volkswagen Virtus - depending on trim and variant of course, gets a 10-inch main display screen, an all-digital driver display screen, wireless phone charging, automatic climate control, ventilated front seats, among other highlights. 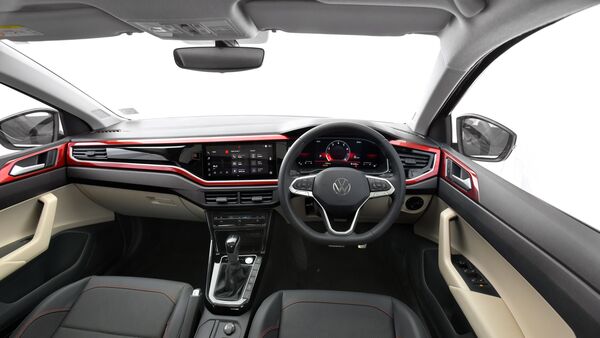 The interior of the Volkswagen Virtus will offer a flat-bottom steering wheel with a varied range of control buttons on it. It also features an eight-inch digital instrument cluster.

Virtus, once launched, will take on established players like Maruti Suzuki Ciaz, Hyundai Verna and Honda City, apart from Skoda Slavia as well.