Based on the Volkswagen Group's MQB A0 IN platform, the Virtus sedan will replace the Volkswagen Vento in the market when launched.
By : HT Auto Desk
| Updated on: 21 Feb 2022, 10:03 AM 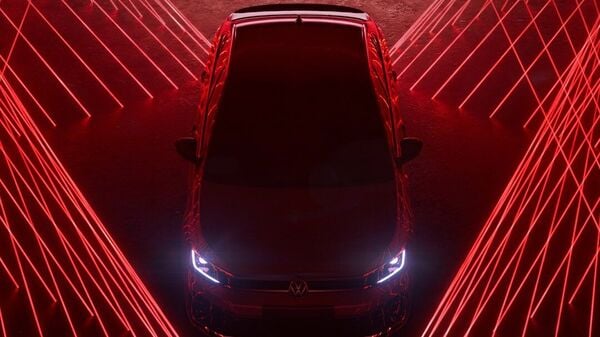 Volkswagen has teased the Virtus premium sedan, which will take on upcoming Skoda Slavia, will be unveiled on March 8.

Volkswagen is all set to drive in a new sedan in the mid-size premium category. The German carmaker has shared the first teaser of the upcoming sedan, likely to be called Virtus, which has been spotted testing on Indian roads under camouflage a number of times.

The teaser image and a video clipping shows that the Virtus will come with LED headlight units along with LED DRLs. The new sedan, which is slated to replace Vento in the Indian markets, will have ‘striking design’ as described by the carmaker. The teaser promises the new sedan has been ‘engineered for the thrills’.

2022 Volkswagen Virtus will be based on the Group's MQB A0 IN platform, which underpins several new generation models from both Volkswagen and Skoda. The sedan is likely to share a lot of similarities with the upcoming Skoda Slavia sedan, which will be launched later this month.

Volkswagen Virtus is likely to be longer and wider in dimension when compared to the existing Vento models. This essentially means that the new sedan will offer a whole lot of space for passengers inside the cabin. Besides the LED units, the Virtus is also likely to get chrome grille bar among other exterior features.

Under the hood, the Volkswagen Virtus is likely to come powered with the 1.5-litre four-cylinder TSI unit and a 1.0-litre TSI three-cylinder engine. These units are already in use in the Taigun SUV. The engines are likely to be mated to a six-speed manual, six-speed AT and a seven-speed DSG gearbox.

While the official debut of the Volkswagen Virtus will take place early next month, the launch is expected to take place by the end of the March or early April. When launched, the Virtus will take on the likes of Hyundai Verna, Maruti Suzuki Ciaz, Honda City besides Skoda Slavia.