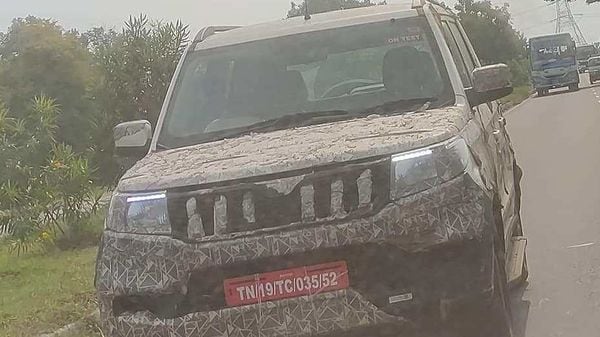 The new TUV 300 is expected to go on sale in India next year. Image Credits: Facebook/4x4 group

Apart from the next-gen upcoming Mahindra Scorpio and XUV500, the homegrown automaker has several other new models in the pipeline including the updated TUV300.

The new TUV300 was previously spotted amidst testing earlier in 2020 and late 2019, but the launch was delayed, most likely due to the pandemic which also postponed several other major launches for the year. Now the homegrown automaker has resumed testing of the car on the public roads, as suggested by the latest set of spy images surfacing the internet. What's surprising to note is that the prototype can be seen kitted with a similar spare wheel cover but with 'Bolero' badging on it, but it is highly unlikely for the automaker to rebadge the TUV300 as the Bolero. The latter is the bread and butter offering for Mahindra and it might not want to risk making such a bold transition.

(Also Read: Thar to Sonet and more: Game-changers in India's car market in 2020)