Anand Mahindra is followed by more than eight million people on Twitter.Footage shared by Anand Mahindra shows a bull cart modified to resemble a four-wheeler from behind.
By : HT Auto Desk
| Updated on: 24 Dec 2020, 04:14 PM 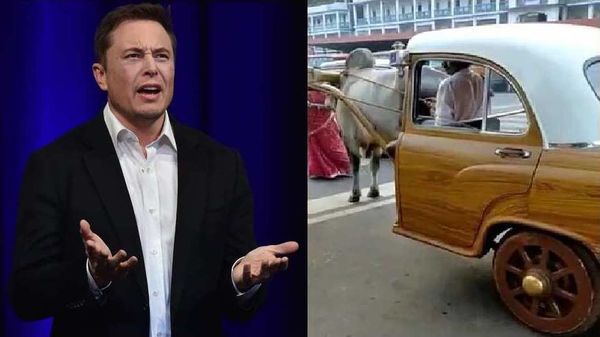 Anand Mahindra, the chairman of Mahindra Group, is known for his witty tweets and strong digital presence which has made him fairly popular on social media. Recently, the billionaire businessman has posted a video on his personal Twitter account jokingly comparing a bull cart's running cost to Tesla cars'.

"I don't think @elonmusk & Tesla can match the low cost of this renewable energy-fuelled car," Mahindra wrote in the tweet. "Not sure about the emissions level, though, if you take methane into account...", he added suggesting that while the bull cart has a lower running cost, the emission levels might be higher.

Footage shared by Mr Mahindra shows a bull cart modified to resemble a four-wheeler from the rear section. The video has fetched over 3.5 lakh views within 22 hours of getting posted online and has also received hundreds of amused reactions.

I don’t think @elonmusk & Tesla can match the low cost of this renewable energy-fuelled car. Not sure about the emissions level, though, if you take methane into account... pic.twitter.com/C7QzbEOGys

The post has attracted several equally hilarious response tweets. Some of Mahindra's followers didn't hold back from sharing other benefits of the desi vehicle such as 'in-built horn' and 'self-driving option'. Mr Mahindra has also tagged the Tesla CEO in the post, but Musk hasn't left any reaction on the tweet yet.

Anand Mahindra has previously reacted to the Thar 2020 passing the global vehicle safety. He went on to term the Thar as the 'safest off-roader in India'. (More details here)