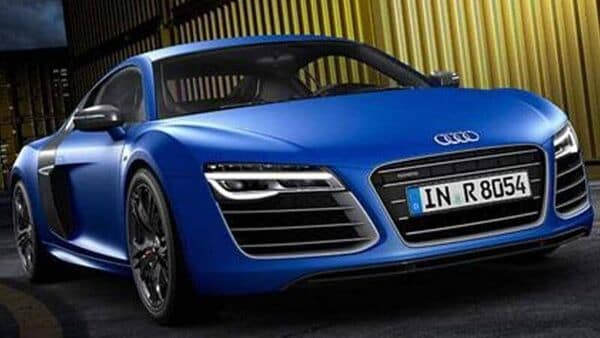 Audi may have added a V10 engine to the R8, but the V8 still charms the automotive enthusiasts.

When we talk about cars, V8 engines always demand a special mention. The V8 engine-powered cars still hold a special place in automotive enthusiasts' minds. Despite being so powerful and efficient in smooth acceleration, V8 engines are increasingly becoming an endangered breed of powertrains.

Automakers that once relied on V8 engines for their exotic and powerful cars are now choosing smaller capacity engines in order to mitigate the tailgate emission. Even the Mercedes-AMG C63 too is moving to a hybrid four-cylinder engine ditching the mighty V8.

A V8 engine is an eight-cylinder piston engine in which two banks of four cylinders share a common crankshaft. The cylinders are arranged in a V configuration. Hence, the name V8.

Here is our choice of the top five V8 engine powered cars ever built.

Range Rover is not only one of the iconic Land Rover true blue offroaders but it is also known for the mighty 3,528cc V8 engine under its hood that was capable of churning out 135 bhp of power. The engine could power the 4x4 SUV. Its massive torque output was enough to haul the vehicle up over and through any terrain. The engine lasted till 2002.

The 5.3-litre V8 engine of the British luxury car marquee started its journey back in 1968 with the DBS. Later it landed under the hood of the Vantage with 438 bhp of power. The engine started its life with fuel injection technology but later switched to carburettors in mid-1973.

One of the suavest and most powerful luxury sports cars of our time is the Audi R8. Its arrival in 2007 was a sensation as it challenged the Porsche 911. The 4.2-litre V8 engine powering this German luxury sports car was another reason behind the hype. The V10 introduced to the R8 later made the car quicker and more powerful, but the all-aluminium V8 motor always grabbed a special place among the automotive enthusiasts' diaries.

Mercedes-AMG has had a long history of using V8 motors, but the AMG C63 stands out with its 6.2-litre V8 engine. The German luxury car brand updated this model after its first inception in 2008. The engine was a bible and agile one delivering a refined performance, making the car stand out in the pack.

Be it the smooth roads, rough terrain, or dune bashing, Toyota Land Cruiser is known for its mammoth power and extreme offroading capability blended with the luxury on offer. The 4.5-litre turbodiesel V engine under the hood of this SUV with a capability to churn out 268 bhp of power is something that deserves a special mention. The V8 is one of the elements that made the Land Cruiser capable of taking on challenging offroading tasks without any hesitation.