A fleet of seven Tesla Model 3 cars were inducted into the police force on lease for nearly 3 million dollars.
By : Sabyasachi Dasgupta
| Updated on: 22 Apr 2020, 10:31 AM 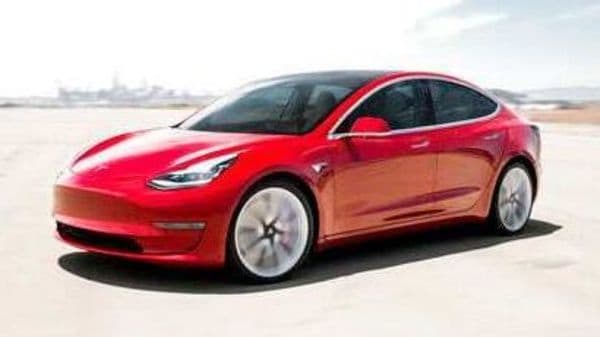 Thailand Police have inducted seven Tesla Model 3 cars for the next five years on lease for patrolling duties.

Thailand National Police has decided to go electric. The police force recently added seven Tesla Model 3 electric cars to its fleet. The cars were inducted as part of a lease worth 2.7 million dollars.

The Tesla Model 3 sedans will be used as patrol cars by the police force. They arrived at the police headquarters in Dusit, Bangkok this week.

The cars are customised according to the needs of the Thailand National Police. Besides wearing the recognisable Thai Police camouflage colours, the cars also have all necessary gears, computers and light bars on top.

According to documents shared by the Thailand National Police, these cars have been taken on lease for the next five years. The 2.7-million dollar price for these seven Tesla Model 3 cars is a bit higher than the what it actually costs in most other countries.

Electric cars are increasingly becoming a sustainable mobility option for several police forces across the world. Running without fuel and very low maintenance cost make these cars a viable option for many.

What possibly makes Tesla Model 3 a favourite for the law enforcement agencies could be the interior cameras installed inside these electric vehicles. Tesla wants to ensure safety through the feature called the Sentry Mode. The mode uses cameras all around a Tesla car to record footage which has already helped many users check on acts of vandalism. In addition to the cameras, the mode also has an alarm feature and activates either a loud siren or music at high volumes if it detects unauthorised touch or interaction of any kind that is deemed an intrusion.

Thailand Police is not the first South-East Asian law enforcement agency to induct Tesla 3 models as part of fleet. Recently, the Taiwanese military police signed contract with Tesla to get 20 Model 3 electric vehicles as part of its fleet.