Tesla Model S has range of 400 miles, unless you keep the car door open

Tesla CEO Elon Musk says during an official test to check its range, EPA made the error of keeping the door of Model S open for an entire night and with the keys inside.Model S has one of the highest range on single charge for any electric car in the world.
By : HT Auto Desk
| Updated on: 01 May 2020, 15:22 PM 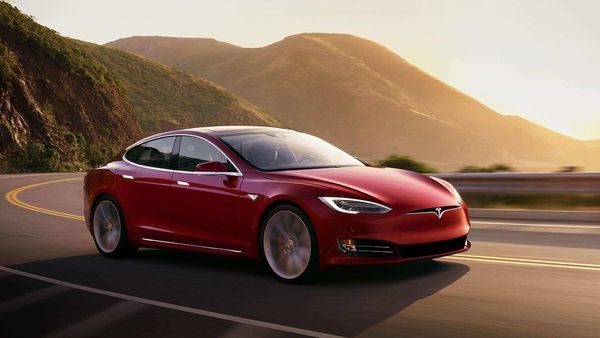 Tesla Model S is soon likely to get Cheetah Stance update which would improve its performance capabilities.

Tesla Model S created quite a buzz back in 2012 when it was first introduced and its Long Range Plus edition brought out in 2019 was certified to have a range of a mammoth 390 miles (approximately 627 kilometers). The all-electric five-door liftback sedan actually may have an even better range in real-world conditions with Tesla CEO Elon Musk claiming that the range test done by US Environment Protection Agency left room open for a slight error, almost literally.

Musk has been quoted as saying that EPA made an error during the range test when it left the car keys inside the vehicle and left a door open overnight. This, Musk said, affected the range of the Model S by around 2%. "To be clear, for the Model S for the past two months, the true range has been 400 miles," he said.

(Also read: Tesla's self-driving may be like Netflix subscription service. Here's the cost)

At 390 miles, the Model S Long Range Plus edition is one of the longest-running cars on single charge in the Tesla family. It is also right up there in the list of electric vehicles (EVs) with massive single-charge real-world batter range. It is a crucial selling point for a car that, in its base version for the Long Range Plus edition, commands an asking price of $79,990. In fact, it is second only to the Porsche Taycan in the list of most expensive luxury hybrid and electric cars. There is also a Performance edition of the Model S which starts at $99,990.

Although the Model S competes directly with the Porsche Taycan, it fares much better in range. The EPA tested the Taycan Turbo to have a range of 201 miles (approximately 323 kilometers) while the range of Taycan Turbo S was found to be 192 miles (approximately 308 kilometers). The best possible range in both Taycan as well as Model S is based on certain similar parameters that are ideal to extract the maximum number of miles possible on single charge, unless of course, the door is left open for an entire night!