Home Auto News Tesla's Self Driving May Be Like Netflix Subscription Service. Here's The Cost

Tesla's self-driving may be like Netflix subscription service. Here's the cost 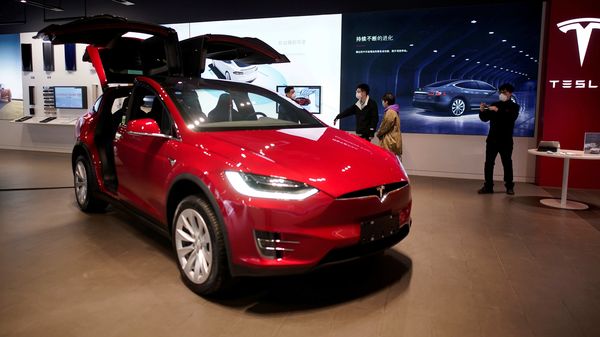 Tesla CEO Elon Musk has made a strong case for self-driving cars, arguing they are safer because they eliminate the scope of human error. (File photo)

Tesla has been racing ahead with its plans to offer Full Self-Driving Package (FSD) on its cars but it may well turn out to be a costly proposition, apart from the buying price of the vehicle itself. The California-based electric car maker reportedly is planning to bring out monthly subscription packages for those interested in making use of the futuristic feature.

(Also read: For the love of subsidies: Tesla slashes price of China-made Model 3 by 10%)

News outlet Electrek recently reported that Tesla has been developing a pay-as-you-go subscription service for its FSD. The report was apparently based on codes that leaked in Tesla's in-app purchase system.

Tesla CEO Elon Musk has now said that the company would be looking at rolling this out soon. "I think we will offer Full Self-Driving as a subscription service, but it will be probably towards the end of this year," he was quoted as saying after Tesla reported Q1 profits despite being widely expected to be in the red due to the fallout of coronavirus pandemic.

Electrek has now done the calculations and reports that the monthly subscription fees is unlikely to be less than $100. This is because if someone wishes to buy and not rent FSD, it currently costs $7,000 which can be paid over a period of 72 months. This translates to approximately $97 per month. A monthly subscription, therefore, is unlikely to be lesser than the monthly installment amount if the package is bought.

Musk is of the opinion that it would make more sense to buy an FSD rather than rent it on a monthly basis because 'it is an investment in the future.'

Many automotive industry experts are sure that FSDs will find favour among Tesla buyers but are also relatively confident that most would choose to rent it much like Netflix subscriptions because it would not require a commitment to a hefty payment even if spread out over several years, and also because it will give the option of opting out if and when needed.