Tesla had a successful first quarter with shares rising 8.8% at $871 but this did not stop Elon Musk from lashing out against lockdowns to prevent the spread of coronavirus.Elon Musk had previously termed the panic around coronavirus 'dumb.'
By :
| Updated on: 30 Apr 2020, 10:26 AM 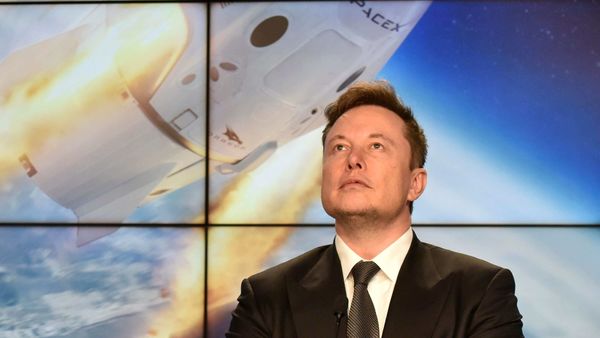 Elon Musk has said that to warn people that they would be arrested if they step out of their homes is not democratic. (File photo)

His remarks overshadowed an otherwise successful quarter that took many investors by surprise as automaker peers were hit by a slump in consumer demand and forced factory shutdowns.

General Motors Co on Monday suspended its dividend and share buybacks and will report earnings May 6.

How Tesla fares in the current quarter and the remainder of the year will be an important test of the company's durability. If Tesla can limit its losses, or even continue its profit streak and outperform legacy automakers, it will be in a stronger position to take sales from rivals weakened by the coronavirus disruption.

Tesla produces a fraction of the cars of its rivals but has a much larger stock market value on expectations of tremendous growth.

On the biggest disruptions to Tesla has been the government-ordered shutdown of its factory in Fremont, California, which sits idle since March 24 with stay-at-home orders running until at least May 31.

On a conference call on Wednesday, Musk said he did not know when Tesla could resume production in California and called the state stay-at-home order a "serious risk" to the business.

"To say that they cannot leave their house and they will be arrested if they do, this is fascist. This is not democratic, this is not freedom. Give people back their goddamn freedom!"

Musk tweeted on March 6 that "the coronavirus panic is dumb" but later offered to supply hospitals with free ventilators.

Tesla said it could not predict how quickly vehicle manufacturing and global supply chains will normalize, saying it would revisit full-year guidance for net income and cash flow when it reports current-quarter results in three months.

Musk said that while other carmakers were cutting back, Telsa was ramping up investment. He said Tesla might announce the location of a new U.S. factory in one to three months. 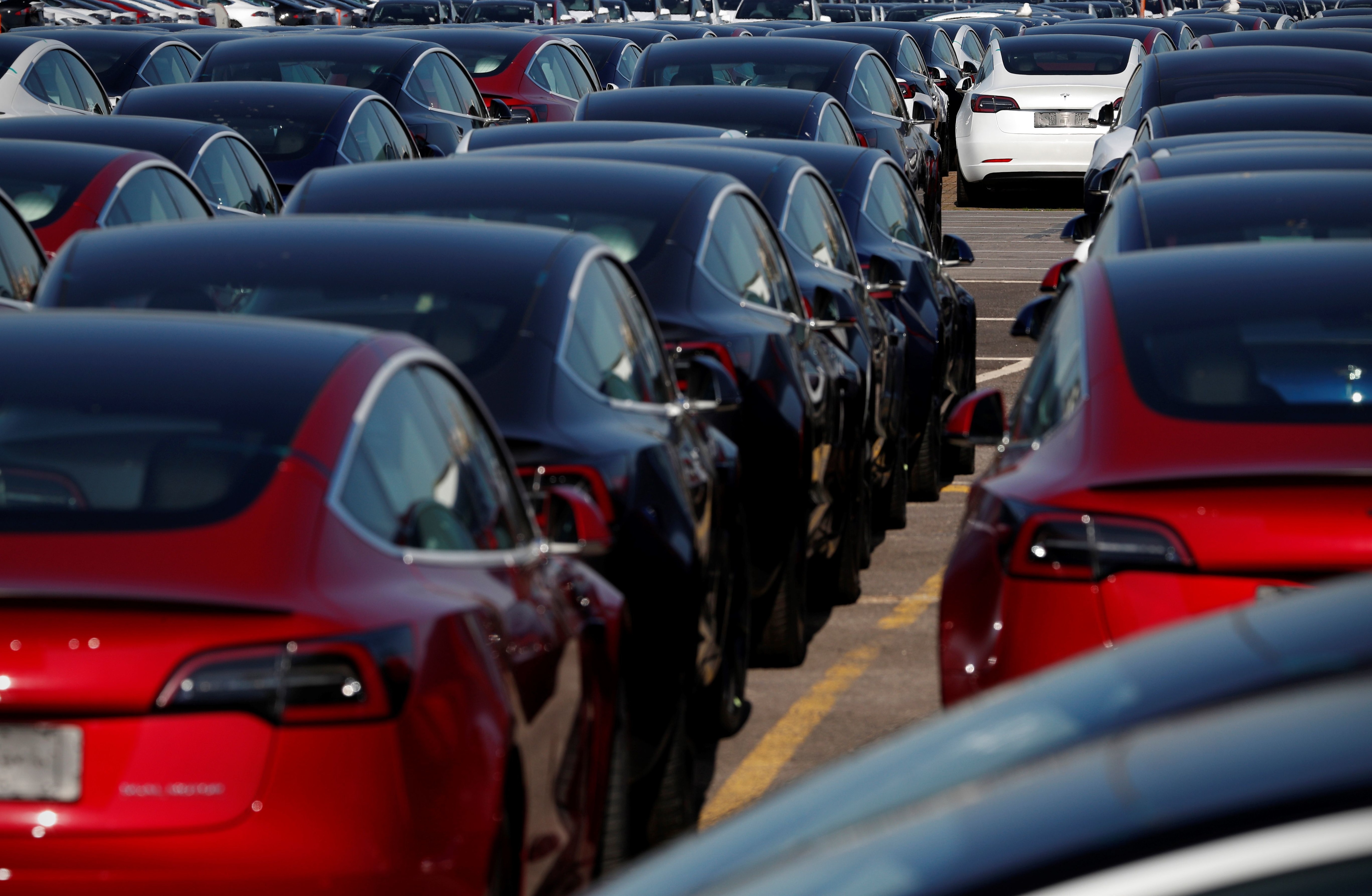 Newly manufactured Tesla electric cars are pictured in a storage area at The Western Docks in Southampton. (File photo) (AFP)

Tesla in January said it expected positive quarterly cash flow and positive net income going forward. The company on Wednesday did not update its previous forecast of delivering half a million vehicles by the end of 2020.

The Covid-19 pandemic caused by the new coronavirus has disrupted demand for cars, with automakers including Tesla forced to furlough workers and close factories.

Vehicle demand in the United States has dropped as much as 80% in some hard-hit areas in March, but some analysts said sales appeared to recover slightly in April.

Tesla on Wednesday said it expected production at its vehicle factories in Fremont, California and in Shanghai, China to ramp up gradually through the second quarter.

The company said operations at its Shanghai plant were progressing better than expected, with production rates of its Model 3 sedan expected to hit 4,000 units per week, or 200,000 per year, by mid-2020.

Company-wide automotive gross margins in the first quarter jumped to 25.5%.

But of the $5.1 billion in overall automotive revenue, nearly 7% were due to regulatory credits - money Tesla receives from other automakers that buy the company's carbon emissions credits to meet stricter regulation. Revenue from those credits nearly tripled from the last quarter.

"The immediate future doesn’t look like the ideal time to be selling premium priced cars, so perhaps it’s no surprise guidance has been paused," Hyett said.

Tesla said its free cash flow had been impacted by growing inventory due to coronavirus shutdowns.

Tesla shut down the California factory just as it was ramping up production of its new electric crossover utility vehicle Model Y, which it expects to generate record demand and higher profit margins.

Tesla on Wednesday said the Model Y was already contributing profits, marking the first time in the company's history that a new vehicle is profitable in its first quarter.

Excluding items, Tesla posted a profit of $1.24 per share. Analysts had expected a loss of 36 cents per share.

Tesla shares are up 91% for the year to date as of Wednesday's close, after recovering from a sharp slump in March.