Tesla CEO Elon Musk has termed the lockdowns as 'fascist' and the company has suspended its near-term profit outlook.
By : AP
| Updated on: 30 Apr 2020, 08:38 AM 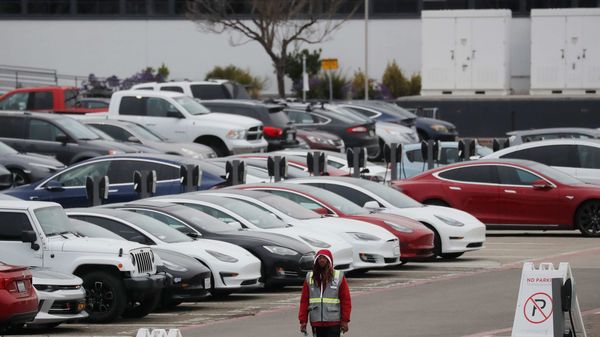 Tesla reported that it eked out a first-quarter net profit Wednesday and its CEO went on a rant about the legality of government stay-home orders issued to prevent the coronavirus from spreading.

The electric car and solar panel company said it made $16 million from January through March, its third-straight profitable quarter.

But the company suspended its near-term profit outlook, and on a conference call, CEO Elon Musk railed against the orders, one of which is keeping his Fremont, California, assembly plant from reopening.

“Forcibly imprisoning people in their homes is against all their constitutional rights," Musk said. “People should be outraged."

An order in the six-county San Francisco Bay Area forced Tesla to close the plant starting March 23 to help prevent the virus’ spread, and it was extended until the end of May. Public health experts say the orders have reduced the number of new coronavirus cases nationwide.

The virus causes mild or moderate symptoms for most people. But it has killed more than 60,000 people in the U.S., with the death toll rising.

As other automakers move to reopen their U.S. factories, it’s unclear when Tesla will be able to restart production in Fremont. Musk called the plant closure a “serious risk." The factory had recently begun cranking out Tesla's new Model Y small SUV, which it said has been profitable early in its life cycle.

It also appears the stay-home order may force Tesla to dial back its forecast produce more than 500,000 vehicles in 2020. The company didn’t give a new estimate and said it’s unclear how fast parts makers can resume production.

Shares of Tesla leaped nearly 9% in extended trading Wednesday after the results were released. Tesla stock has more than doubled in value so far this year.

Excluding one-time items, Tesla learned $1.24 per share. That easily beat Wall Street estimates of a 28-cent-per-share loss, according to FactSet.

Revenue for the quarter was up 32% to $5.55 billion, but it still missed Wall Street expectations. The increase was aided by $354 million from sales of electric vehicle credits to other automakers so they can meet government regulations. That's a 63% increase from a year ago.

Tesla said it is managing working capital and cutting non-critical spending as it deals with the coronavirus crisis. It also moved deliveries of its new electric semi from this year to next.

“We believe we are well-positioned to manage near-term uncertainty while achieving our long-term plans," the company said in its quarterly investor letter.

Musk also said Tesla will test the company's full self-driving feature by the end of the year, and he hopes to deploy the system with humans monitoring it in early 2021, depending on regulatory approval.

(Also read: Tesla to take Autopilot to next level with sensor halts at signals, stop signs) 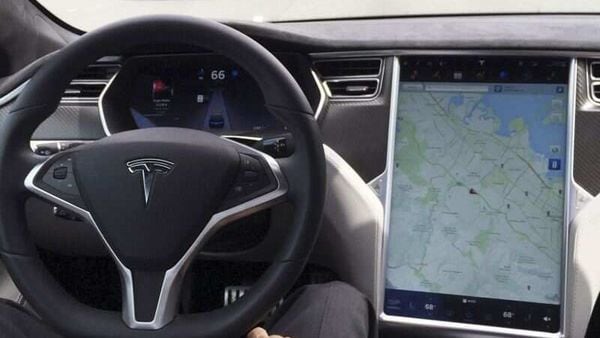 Tesla Autopilot feature has received a positive response but many also argue that it may not be the most safest option on real-world roads. (REUTERS)

Tesla reported stronger-than-expected first quarter global sales. It delivered 88,400 vehicles during the first three months of the year, a 40% increase from a year ago. That was aided by production at its new factory in Shanghai.

The first-quarter net profit was the first in its history for the seasonally weak quarter.

Wall Street’s enthusiastic reaction to the first-quarter results puts Musk on the cusp of reaping a huge payday as part of a deal he struck with Tesla’s board two years ago.

Musk agreed to forgo a salary in exchange for an incentive package that will award him bundles of stock options priced at $350.02 per share if he hits a series of targets for Tesla’s financial performance and market value.

Having already reached the first set of goals for revenue and adjusted earnings, Tesla now only needs to average a market value of $100 billion during a six-month period to trigger Musk’s option on 1.69 million shares and build up upon a fortune already estimated at $40 billion by Forbes.

Those options are currently worth about $890 million, based on their exercise price and Tesla’s stock price of $871 in Wednesday extended trading.

If the stock trades on the same trajectory Thursday, Tesla’s market value will have averaged about $99 billion over the past six months, based on Associated Press calculations drawn from data provided by FactSet.