Tesla to take Autopilot to next level with sensor halts at signals, stop signs

Tesla cars with Autopilot technology could soon have even better safety features even if critics argue the system allows drivers to reduce the attention required on roads.
By : Shubhodeep Chakravarty
| Updated on: 27 Mar 2020, 10:00 AM 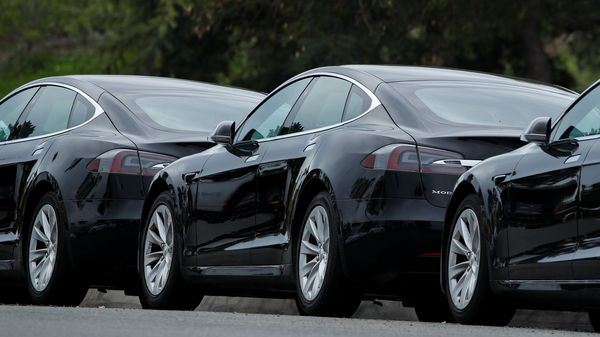 Tesla has had to face a certain degree of brickbats for accidents that may have been caused by the Autopilot technology in its cars. And while the technology is still in the process of being perfected, the next update to it could be crucial in terms of negotiating busy intersections.

According to a tweet by Third Row Tesla Podcast, and retweeted by Elon Musk himself, Tesla cars with Autopilot will soon receive an update which would enable them to stop at signals as well as halt at stop signs without the need for human intervention. Another tweet, this time from Out of Spec Motoring, actually shows how this update will work once rolled out to all cars with Autopilot. In this video, the Tesla car passes through a number of green signals before eventually reducing speed and coming to a standstill at a red - purportedly without any human intervention.

Although no further detail has been given, this update could indeed come as a major shot in the arm in Tesla's safety standards.

(Also read: In times of coronavirus, the multiple ways Tesla is delivering its electric cars)

While Tesla and a few other automakers have been aggressively working on autopilot technology, critics are aplenty as well who argue that the move towards hands-free driving is a charge through uncharted territory that could only quadruple cases of road fatalities.

One of the worst cases pointed out is a crash in Florida in 2019 with US' National Transportation Safety Board (NTSB) blaming the design of the Autopilot system inside the crashed Tesla as a contributing factor to the unfortunate incident. According to Associated Press, NTSB said the design of the system allowed the Tesla driver to 'avoid paying attention.' (Read more here)

Tesla, however, says safety is its top priority and that the system is constantly being upgraded.