The Tesla CEO was replying to a query from a user on Twitter when he hinted at Model 3 sedan's possible arrival in India.
By : Sabyasachi Dasgupta
| Updated on: 11 Jul 2020, 02:26 PM 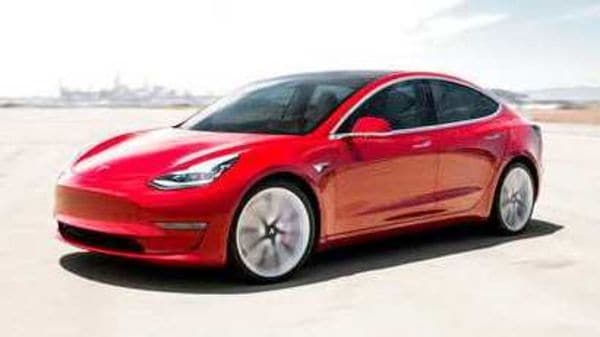 World’s biggest electric carmaker Tesla may think about launching its flagship Model 3 sedans in India soon. At least Tesla CEO Elon Musk hinted that India is not out of his mind when launching his electric cars in this country.

Elon Musk was replying to a query from a user on Twitter. The user asked when should he expect the Model 3 sedan he ‘booked over 4 years ago’. The Tesla CEO replied, “Sorry, should hopefully be soon!"

Sorry, should hopefully be soon!

The Model 3 sedan has a range of more than 650 kilometres on one charge, compared with about 450 kilometres for the current most basic version that starts at 323,800 yuan (nearly ₹35 lakh).

Tesla has not launched any of its electric cars in India or any other country in South Asia yet. The only Asian market where Tesla has a presence is China. Tesla built its only operational factory outside United States in China, and in a short span of time has gathered momentum among the EV manufacturers there. Tesla is producing Model 3 sedans in China as of now, and plans to produce its Model Y crossover from the Chinese gigafactory.

Tesla is currently looking to come up with its second Asian gigafactory, which Elon Musk wants to set up outside China. Options for Elon Musk to find a place for his next Asian gigafactory is likely to depend on the electric vehicle market as well. Currently, among all the Asian countries apart from China, Japan and Korea top the list where EVs are popular. India too may feature on Musk's mind given that land and labour both are likely to be cheaper than most other viable options.

Last month, the Tamil Nadu government wrote to top executives of automobile companies, including Tesla, inviting them to set up shop in the state.

Tesla has been hunting for new places to set up its factories outside United States for some time. Elon Musk has been rumoured travelling around the world to scout for new spots for gigafactories.