Tesla believes its real competitors are not EV makers 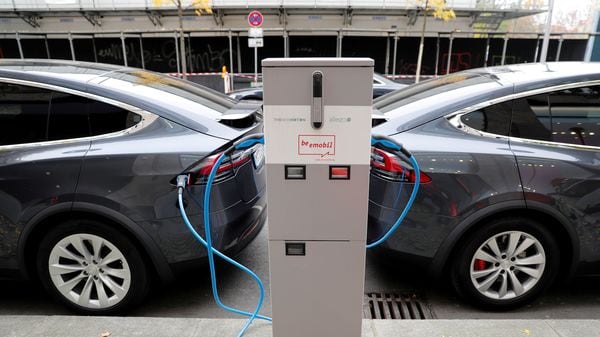 The premium electric car manufacturers are aiming at their internal combustion engine-powered vehicle maker counterparts, but not other EV makers.

Tesla is undoubtedly the largest EV maker in the world. The US EV giant has literally pioneered the electric car revolution around the world. While several new EV majors are coming up across the world, Tesla is not bothered by their emergence. Instead, the electric car manufacturer considers the traditional automakers still selling ICE vehicles as its competitors, revealed its Head of Investor Relations Martin Viecha.

Viecha stated on Twitter that more than 90 per cent of vehicles sold in 2021 are traditional ICE-powered and this is Tesla's main concern. Clearly, the automaker has the viewpoint that more electric competition is a good thing, rather than the ICE vehicles on road. According to Viecha, ICE vehicles minimise the positive impact made by all the competitive EVs make.

Interestingly, Viecha's comment comes echoing the same thought as Tesla CEO Elon Musk. Earlier, Tesla CEO has reiterated many times that he hopes his company would motivate the rest of the industry to transition to electric vehicles. He also said that more companies making more EVs mean wider choices for the consumers, which is a good thing.

Interestingly, a similar view is shared by Lucid Motors CEO Peter Rawlinson, who happens to be a former Tesla employee. he often said that the Lucid Air all-electric sedan will compete with Mercedes-Benz S-Class and similar ICE luxury cars, but not with Tesla Model S.