Home Auto Cars News Spot The Difference: Is The Toyota Venza Suv A Us Version Of The Harrier Suv?

Spot the difference: Is the Toyota Venza SUV a US version of the Harrier SUV?

Toyota Motor decided to revive the SUV, which was earlier pushed out of production.The SUV looks identical to Toyota Harrier SUV, launched recently, and perceived as a replica of the Asian version.
By : Sabyasachi Dasgupta
| Updated on: 19 May 2020, 13:11 PM

The new Toyota Venza SUV and Toyota Harrier SUV have more similarities than differences between the two.

On Monday, Toyota Motor launched a revived Toyota Venza SUV digitally. At the online launch of the SUV, Toyota claimed it ‘breaks the sameness barrier’. But what they did not tell you is that the SUV is eerily similar to another recently launched SUV - Toyota Harrier.

It is not surprising that many details and specifications of vehicles from the same stable are likely to be the same. Several carmakers replicate design and technology that has succeeded in one model and share them across other models. But Toyota Venza SUV is much more than that.

Let’s talk about the design first. A side-by-side comparison of the Toyota Venza and Toyota Harrier can be part of a spot-the-difference contest. The grille, the LED headlight strip, even the housing of the fog lamps are identical. The chrome strip integrating the headlights and the strip underlining the grille are also similar.

On the sides, the stooping roofline with chrome outline on the windows are difficult to separate. Even the 19-inch alloys on both SUVs have more similarities than difference. The only way to separate the is probably the wheel arches which are more prominent on the Harrier SUV than the Venza SUV. 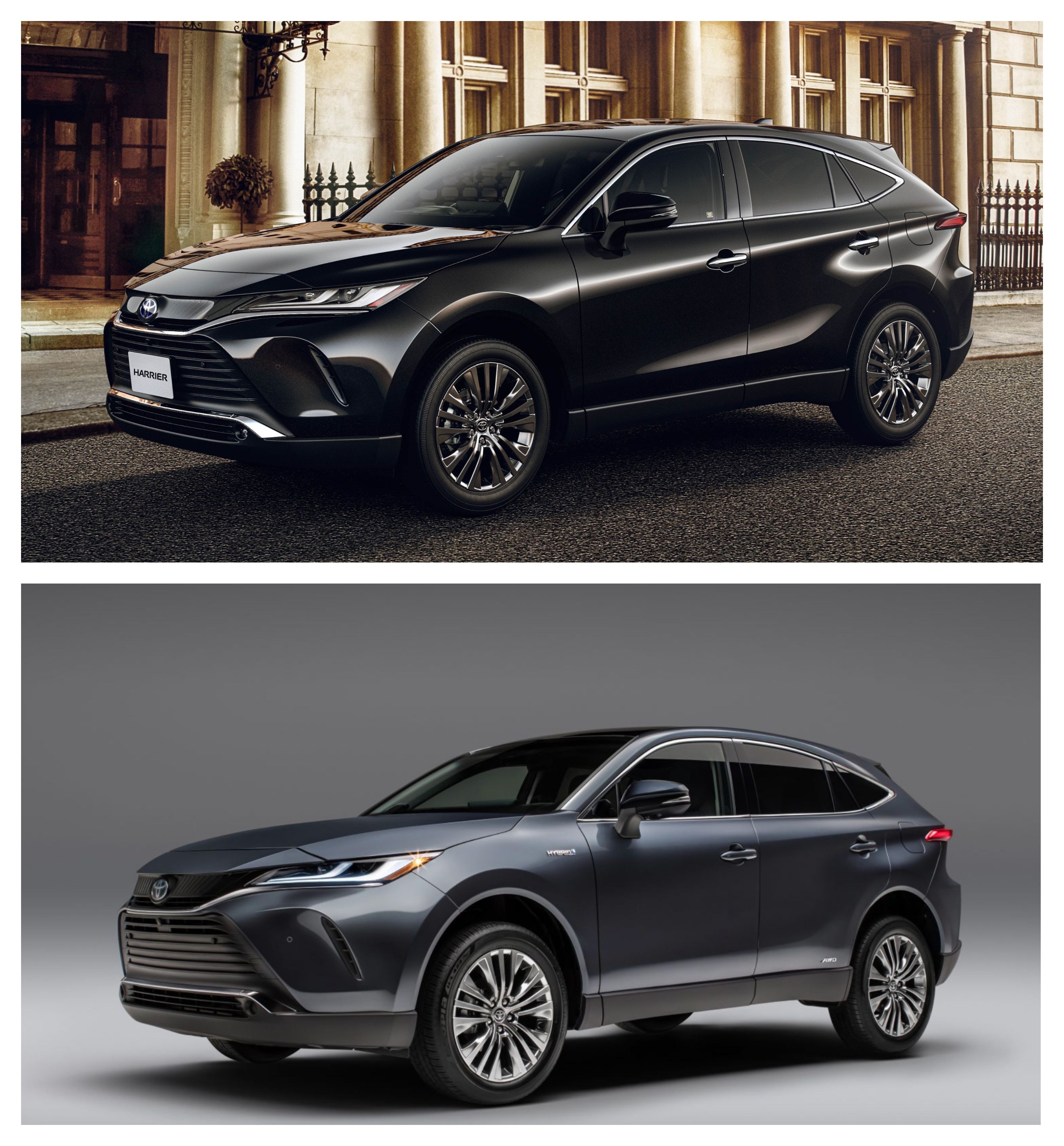 The similarities also mark the side and the rear profile of the two vehicles.

It's a similar story at the back with a similar design of LED tail lamp strip running across looks so new generation Toyota design. Even the twin exhaust and the chrome lining under the boot-lid makes it difficult to separate the two. Similarities have made way on the inside of these vehicles too. Both share the 12.3-inch touchscreen.

That is not all. There are more similarities between the two that makes one wonder if they are the same models with different badging. Both vehicles use the same TNGA-K platform, and is powered by Toyota's naturally aspirated 2.5-litre four-cylinder hybrid with all-wheel drive.

There is also link between the Harrier SUV and the Venza in US. Earlier, Toyota used to produce RX300 for US customers, which were basically rebadged Harrier vehicles. The Venza model, which was in production till 2015, also carried the similarities until it was phased out. Now with the revived Venza SUV, US customers can have a taste of the new generation Harrier SUV that has been launched in Japan.