The 2021 Toyota Harrier SUV is likely to be powered by a 2.0-litre petrol engine and will possibly get a hybrid variant too.It gets a Digital Inner Mirror that enables recording of images while driving.
By : Sabyasachi Dasgupta
| Updated on: 13 Apr 2020, 07:41 PM 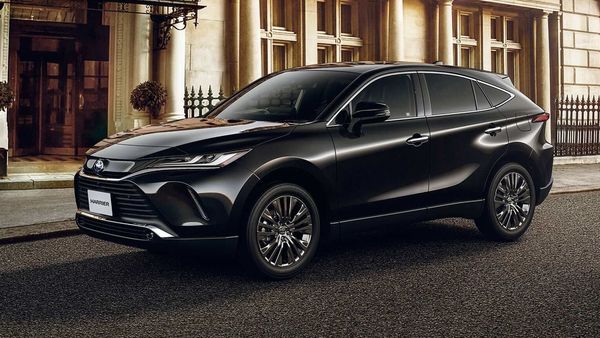 Toyota has taken the covers off the all-new 2021 Harrier SUV, providing more details about the car. It is expected to be launched in June this year. The fourth generation of the mid-size SUV, which was first launched back in 1997, gets a host of new updates in its design and technology.

The new Harrier has a front view that emphasises its sharp styling through the continuity of lines flowing from the front upper grill through to the headlamps. Despite a simple structure, the side view offers a dynamically changing body cross section. The combination of a narrowed coupe cabin with sports car-like wheel housings extending from both sides of the body gives a generous ruggedness to the rear view. The SUV also gets a thin, sharp line of tail lamps and stop lamps. The new Toyota Harrier will be available in seven colour options, including Precious Black Pearl. 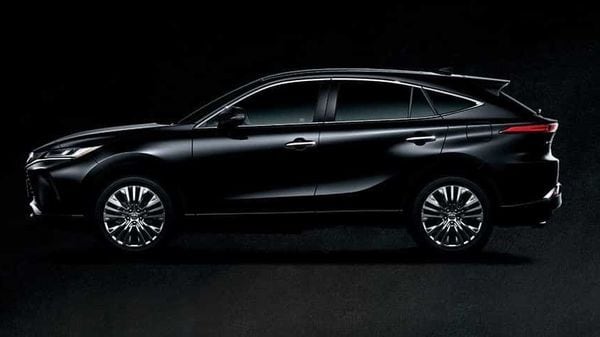 The centre console inside the new Toyota Harrier gets a wide and imposing impression of a horse's saddle. The instrument panel is set within the edges of the saddle. The dashboard extends out from the instrument panel to the door trims on either side. The interior gets synthetic leather treatment, and bentwood-inspired wood tones and piping throughout.

A panoramic sunroof, used for the first time by Toyota, is equipped with electric shades and electro-chromatic windows. 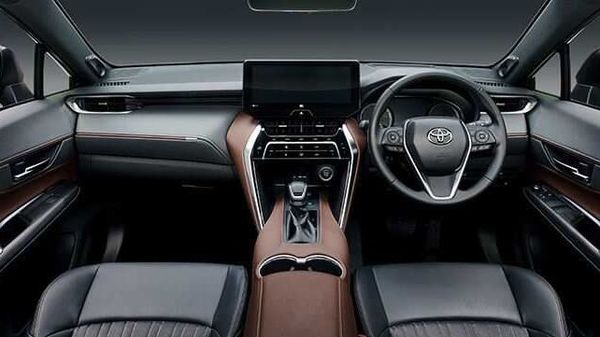 In terms of mechanicals, the company will launch the 2021 Harrier featuring a 2.0-litre petrol engine. The SUV will also use a 2.5-litre petrol-hybrid engine which will be a second powertrain option.

The new Harrier comes with Toyota Safety Sense, which employs a pre-collision safety system that detects pedestrians during the day and at night, as well as cyclists during the day.

The Digital Inner Mirror, used for the first time by Toyota, enables recording of images to the front and rear of the vehicle while driving.

The hybrid model features a 100-volt/1,500-watt accessory power outlet. This not only allows the use of electrical products using the same electrical outlets found in the home, but also enables the vehicle to be used as a power generator during blackouts and other times of emergency.

The new Harrier uses the TNGA (GA-K) platform for its basic structure. This creates a highly rigid body with a low centre of gravity in pursuit of both ride comfort and vehicle driving performance with a focus on driver sensitivity. The platform brings with it the latest Dynamic Force Engine and Direct Shift-CVT.

Apart from the regular combustion models, the new Toyota Harrier will also be offered with hybrid specifications.