S-Cross to Ciaz: Maruti Suzuki offers heavy discounts on these cars in June

Maruti S-Cross could well be on its way out this year after the carmaker launched its Hyundai Creta, Kia Seltos rival later this year.
By : HT Auto Desk
| Updated on: 14 Jun 2022, 12:29 PM 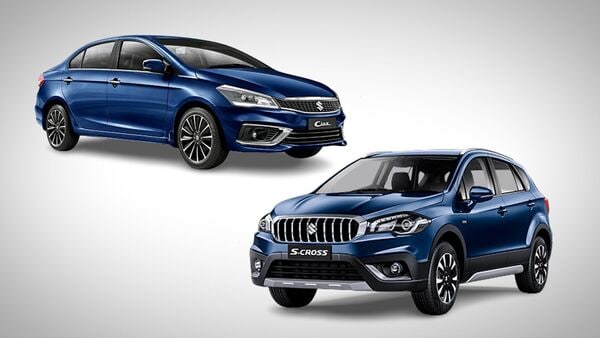 India's largest car maker Maruti Suzuki has announced discounts on its vehicles this month. The cars which are included in the benefit package are from Maruti’s premium dealership Nexa. The models which have been selected for this month’s discount offers are Ignis, Ciaz and S-Cross. The other two, Baleno and XL6, have not been included. Both the hatchback and the MPV were recently launched with their facelift versions.

The most affordable model among the Nexa models is the Maruti Ignis. The carmaker is offering a cash discount of ₹23,000 on the manual transmission variants of the hatchback. Apart from this, a corporate discount of ₹4,000 and an exchange bonus of ₹10,000 are also offered on the Ignis. Maruti may soon launch a facelift version of the Ignis in coming days.

Maruti Ciaz mid-size compact sedan is also included in the benefit offers. There is no cash discount on offer on Maruti Ciaz. However, an exchange bonus of ₹25,000 is being given on this vehicle. Apart from this, a corporate discount of ₹5,000 is also being given in the offer. Ciaz competes with the likes of Honda City, Hyundai Verna and the newly-launched Skoda Slavia and Volkswagen Virtus.

Maruti S-Cross could well be on its way out this year after the carmaker launched its Hyundai Creta, Kia Seltos rival later this year. However, the carmaker has not officially announced the withdrawal of the model yet. In June, Maruti is offering a cash discount of ₹12000 on the S-Cross SUV. Along with this, an exchange bonus of ₹25000 and a corporate discount of ₹5000 are also on offer.

Maruti Suzuki is expected to drive in a brand new model, codenamed YFG, later this year. The compact SUV, based on Toyota's upcoming compact SUV, will be available with a hybrid powertrain. The new Maruti compact SUV is likely to be launched around the festive season this year.