The C-segment in India currently features sedans like Verna, City, Maruti Suzuki's Ciaz, Volkswagen Vento and Skoda Rapid.The segment has waded through troubled waters in the past several months.
By : Shubhodeep Chakravarty
| Updated on: 13 Mar 2020, 10:42 AM 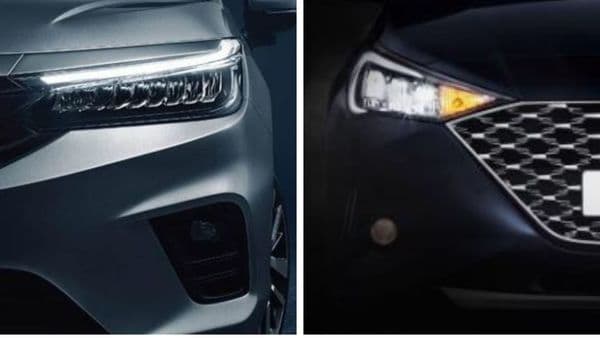 2020 Honda City and 2020 Hyundai Verna are expected to be launched late March.

Hyundai and Honda are all set to galvanize a rather sedate sedan segment in India by launching 2020 versions of their enormously successful Verna and City, respectively. While recent times have seen SUVs of all shapes and sizes finding takers, the new Verna and City could once again reclaim some of that focus.

The C-segment in India currently features sedans like Verna, City, Maruti Suzuki's Ciaz, Volkswagen Vento and Skoda Rapid. While Ciaz has been the dominant force here, even this car has faced troubled times in the recent past. 29,000 units of the car were sold between January and December of 2019. Before that, in July of 2018, the lowest point came when only 48 units of the car were sold in that month.

A number of factors, other than an overall preference for SUVs, may have also hurt the sedan segment in India. The shift from BS 4 to BS 6 - effective April 1, could have kept buyers at bay. Reports of an impending upgrade to both Verna and City may have also made those interested in either of the two cars wait it out. And then there is the overall gloom in the Indian automotive sector which has hurt almost every segment here.

Nontheless, the launch of the new Verna and City augers well for C-segment here. Both cars now appear more stylish, promise more premium cabins and claim they have more features than ever before. New engine options - BS 6 compliant, obviously, could also convince buyers to have a serious look-in. And while there is no official confirmation regarding an upgrade to Ciaz, its diesel model has been discontinued and this could allow Maruti to better focus on the petrol motor which also comes with mild hybrid technology.