Range Rover in its fifth generation offers options aplenty. From accommodating four to seven people, variants ranging from standard and long wheelbase and a total of five engine options which does not include the fully electric version expected to arrive soon.
By : HT Auto Desk
| Written By : Sabyasachi Dasgupta
| Updated on: 27 Oct 2021, 09:39 AM 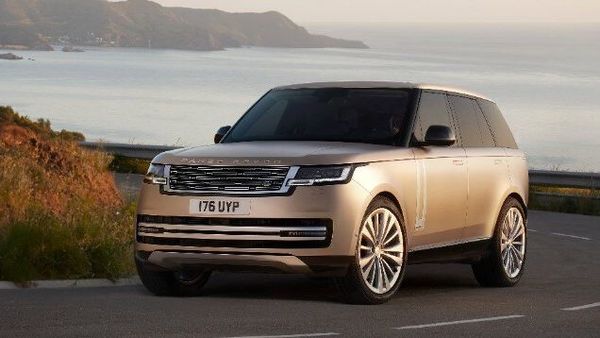 Jaguar Land Rover has officially taken the covers off the fifth generation Range Rover SUV which now comes with a new look, new engine options and loaded with new technology with features galore.

Based on the carmaker's new MLA Flex platform, Land Rover has also confirmed that the 2022 Range Rover will get a separate all-electric version in the next two years. It will complete what is already an extensive lineup with two different wheelbase models, five engine options and seating capacity ranging between four and seven people.

“The New Range Rover is a superb manifestation of our vision to create the world’s most desirable luxury vehicles, for the most discerning of customers. It writes the next chapter in the unique story of pioneering innovation that has been a Range Rover hallmark for more than 50 years," said Thierry Bollore, CEO at Jaguar Land Rover.

The look of the iconic Range Rover has undergone some major changes in its fifth generation. It is characterised by three lines that can trace its origins through all five generations. The front gets a new grille graphics and digital LED headlamp design with DRLs.

Range Rover is the first Land Rover SUV to offer Power Assisted Doors with integrated hazard detection and anti-pinch function. All four doors are electrically assisted, while they are also controlled via the Pivi Pro infotainment screen inside. The interior of the new Range Rover has also undergone significant changes to offer all modern creature comfort.

The interior of the new Range Rover has also undergone significant changes to offer all modern creature comfort. There is a 13.7-inch digital driver display along with the new 13.1-inch curved touchscreen infotainment system with the latest version of the Pivi Pro software. It is compatible with Apple CarPlay and Android Auto wireless. The steering wheel and console with fully digital climate controls are also new.

The rear passengers also get a 11.4-inch touchscreen mounted at the back of the front seats. There is a whopping 1,600 W 35 speaker Meridian Signature 3D surround sound system.

The boot of the new Range Rover has also been completely revised, which now features a loading floor that can also be transformed into a sort of luxurious location for camping, complete with a cushion, backrest and speakers. 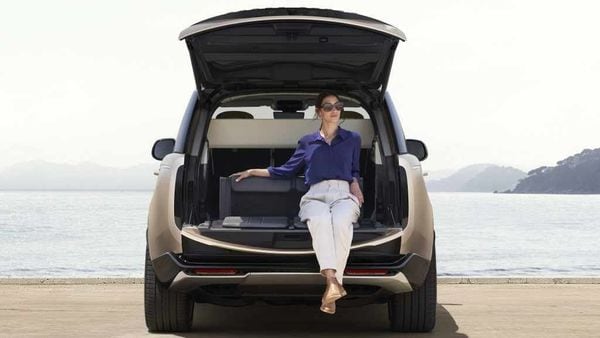 Range Rover 2022 also offers loading floor that can be transformed into a sort of luxurious location for camping, complete with a cushion, backrest and speakers.

The new Range Rover will be available with a range of six and eight-cylinder power units. Specifically, there will be two plug-in hybrids P440e and P510e, three petrol (P360, P400 and P530) and three diesel (D250, D300, D350). Both diesel and petrol engines are paired with the 48 Volt lightweight hybrid system, and all powertrains are paired with an eight-speed ZF automatic gearbox and two-speed range transmission, providing a range of low-end ratios important for towing or off-road driving.

The plug-in hybrid versions PHEV Extended Range, P440e and P510e (capable of producing 440 hp and 510 hp) combine the 400hp 3.0-litre in-line 6-cylinder Ingenium petrol engine with a 38.2kWh lithium-ion battery and a 142 hp electric motor integrated with the transmission. The electric unit allows one to travel up to 100 km in electric mode. The P510e can accelerate from 0-100kmph in just 5.6 seconds.