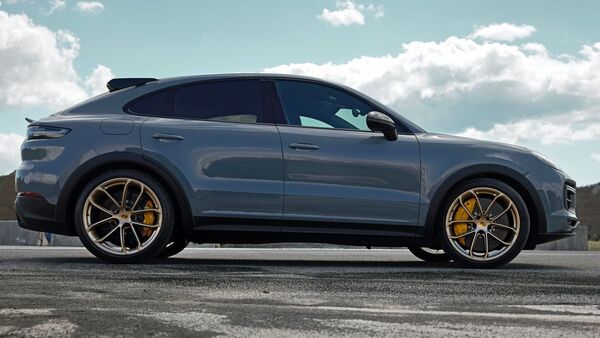 The Porsche Cayenne is one of the most successful products from the brand since its inception.

Porsche had to go to great lengths to keep its Cayenne SUV project a secret, which became the saviour for the German high-performance car brand at a time when it was gasping for breath. The German automaker under the Volkswagen umbrella is revealing small secrets behind the development of this popular high-performance luxury SUV after two decades of a successful run. Porsche Cayenne was introduced back in 2002 and it was successful in achieving its goal of saving the company from possible bankruptcy.

Currently, in its third generation, Porsche Cayenne SUV was known as project Colorado during its developmental phase. Instead of making the car at its Weissach plant, Porsche used a 3,800 square metre three-story former computer assembly plant in Hemmingen to develop its SUV. The project was led by Klaus Gerhard Wolpert, who was the head of the product line for Cayenne.

In order to protect the secrecy of the project, Porsche didn't use any company markings on the plant. The ground of the facility was surrounded by a fence and the office windows were mirrored. The visitors were registered through tight security. Every person related to the project used to be supervised. The automaker also revealed how the building became the home to 260 Porsche engineers and 40 from Volkswagen. The goal was to develop Porsche Cayenne under stringent confidentiality.

Speaking about the project Wolper said that the Cayenne product line was run like a company in its own right. "I had the entire budget and responsibility and my only boss at that time was Wendelin Wiedeking," he further added. Wiedeking was Porsche's former President and CEO between 1993 and 2009.

Currently, the same Hemmingen site is home to around 700 employees working on another interesting product, the Macan. Also, this same product line will roll out the auto company's first all-electric SUV.