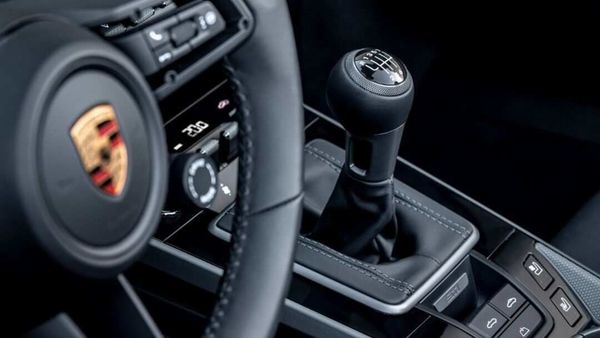 A seven-speed manual transmission can now be ordered for all 911 Carrera S and 4S models at no extra cost.

Porsche has released a new option seven-speed manual gearbox for the 911 , which, since its launch, has been offered exclusively with an automatic eight-speed transmission.

The new option was last year launched in the United States market, where a Porsche spokesperson said there is an increase in demand for manual models. The manual gearbox is offered to UK buyers as a free option.

The manual transmission is combined with the Sport Chrono package and would attract enthusiasts who get more pleasure from driving by changing gears. Also as part of the model change of the year, a number of new equipment options will now be offered for the 911 Carrera series, which previously was not available for the sports car. This includes the Porsche InnoDrive, which is already familiar with the Panamera and Cayenne, as well as a new Smartlift function for the front axle.

The seven-speed manual transmission for the 911 Carrera S and 4S always comes in combination with the Sport Chrono package. Also included is the Porsche Torque Vectoring (PTV) with variable torque distribution through controlled braking interventions on the rear wheels and a differential rear mechanical lock with asymmetric locking action. This general configuration will mainly appeal to drivers with sporting ambitions, who will also appreciate the new tire temperature indicator. This additional function in the Sport Chrono package was introduced with the 911 Turbo S. The tire temperature indicator is combined with the tire pressure indicator. At a low tire temperature, the blue bars warn of reduced grip on the road.

(Also read: Everything about active aerodynamics in the new Porsche 911 Turbo S)

As the tires warm up, the indicator colour changes to bluish white and then changes to white when the operating temperature is reached and maximum possible grip is available. The system is deactivated and the bars are hidden when winter tires are fitted.

(Also read: Porsche 911 among brand's classics to get a new retrofit infotainment system)

In combination with the manual transmission, the Sport Chrono package also offers an automatic rev-match function. When the driver downshifts, this function automatically opens the throttle momentarily to increase engine speed and adapt it to the higher gearbox speed in low gear, for smooth gear changes, thus avoiding load shifting effects. The package also includes other sports ingredients, such as dynamic engine supports, PSM Sport mode, the mode switch on the steering wheel with Normal, Sport, Sport Plus, Wet and Individual modes as well as a stopwatch and the Porsche Track Precision application.