Everything about active aerodynamics in the new Porsche 911 Turbo S

Porsche claims no other sports car reacts to different situations with such aerodynamic flexibility as the new 911 Turbo S.
By : Sabyasachi Dasgupta
| Updated on: 18 Apr 2020, 10:22 AM 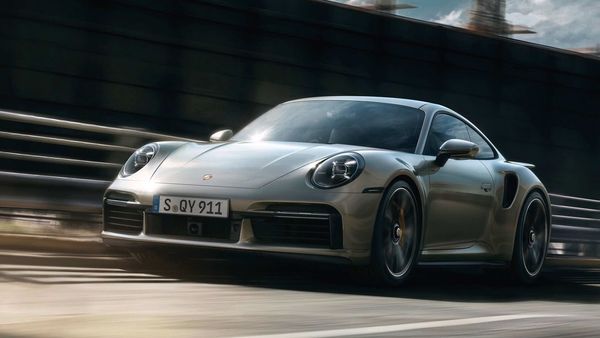 The Porsche Active Aerodynamics adapts the vehicle configuration to the terrain with greater precision, depending on each situation, the selected speed and driving mode.

In the world of high-speed cars, proper airflow control is just as important as what is found under the hood. In the past, the elements used to shape airflow were often fixed or had some level of manual adjustment. Today, active aerodynamics are relied upon to create a vehicle for every driving situation.

Porsche has just released a detailed video of active aerodynamic elements on the 992 generation 911 Turbo S, which is a new addition to the 2021 model year. Grouped under the banner of Porsche Active Aerodynamics - Aerodynamics active Porsche, elements include the front spoiler, rear wing and cooling aperture on the front.

In the case of the new 911 Turbo S , this makes a lot of sense since the PAA (Porsche Active Aerodynamics) system has been improved to work in greater harmony with the car's driving context . This system was already used in the previous 911 Turbo and today, there is no Porsche that does not carry, even if it is a single active aerodynamic device.

“No other sports car reacts to different situations with such aerodynamic flexibility as the new 911 Turbo S. We aerodynamic engineers are normally faced with a dilemma: a low drag coefficient is desirable for maximum speed and low consumption, while a high downforce is advantageous for driving dynamics. However, the two characteristics contradict each other," explained Thomas Wiegand, Head of Aerodynamics Development at Porsche.

The active air intakes in the new 911 Turbo S are new, as are the front deflector and the rear spoiler, extendable and with variable angle of attack. These act on the basis of two general modes, PAA Speed and PAA Performance, to which an Eco function is added.

The PAA also features a Wet mode, which increases downforce on the rear axle for better ride stability on wet roads, as well as a brake assist function (Airbrake) in the event of severe deceleration. The system is even capable of adapting the air flow around the vehicle when the sunroof or the canvas hood is open on the Cabriolet. All this means that there are a total of eight different aerodynamic configurations, each with a specific combination of active aerodynamic components.

The active front deflector and rear spoiler were redesigned to increase downforce by 15 percent, ensuring greater stability and better dynamism at higher speeds. The maximum downforce in the Performance position (Sport Plus mode activated) is now around 170 kg.

The coefficient of air resistance (cx) of the 911 Turbo S varies depending on the aerodynamic settings. The most efficient configuration, with a minimum cx of 0.33, is achieved with the deflectors closed and the front lip and rear wing retracted.

These, located at the front, allow a lower air resistance to reduce fuel consumption. They are continuously adjusted and control the flow of cooling air that passes through the radiators.

From 70 kmph these are closed to help consumption in daily driving. But starting at 150 kmph, these open linearly to aid aerodynamics.

When Sport, Sport Plus and Wet driving modes are activated and when Porsche Stability Management (PSM) is deactivated, driving dynamics are also given priority, as is pressing the spoiler button. In these cases, the baffles remain open. 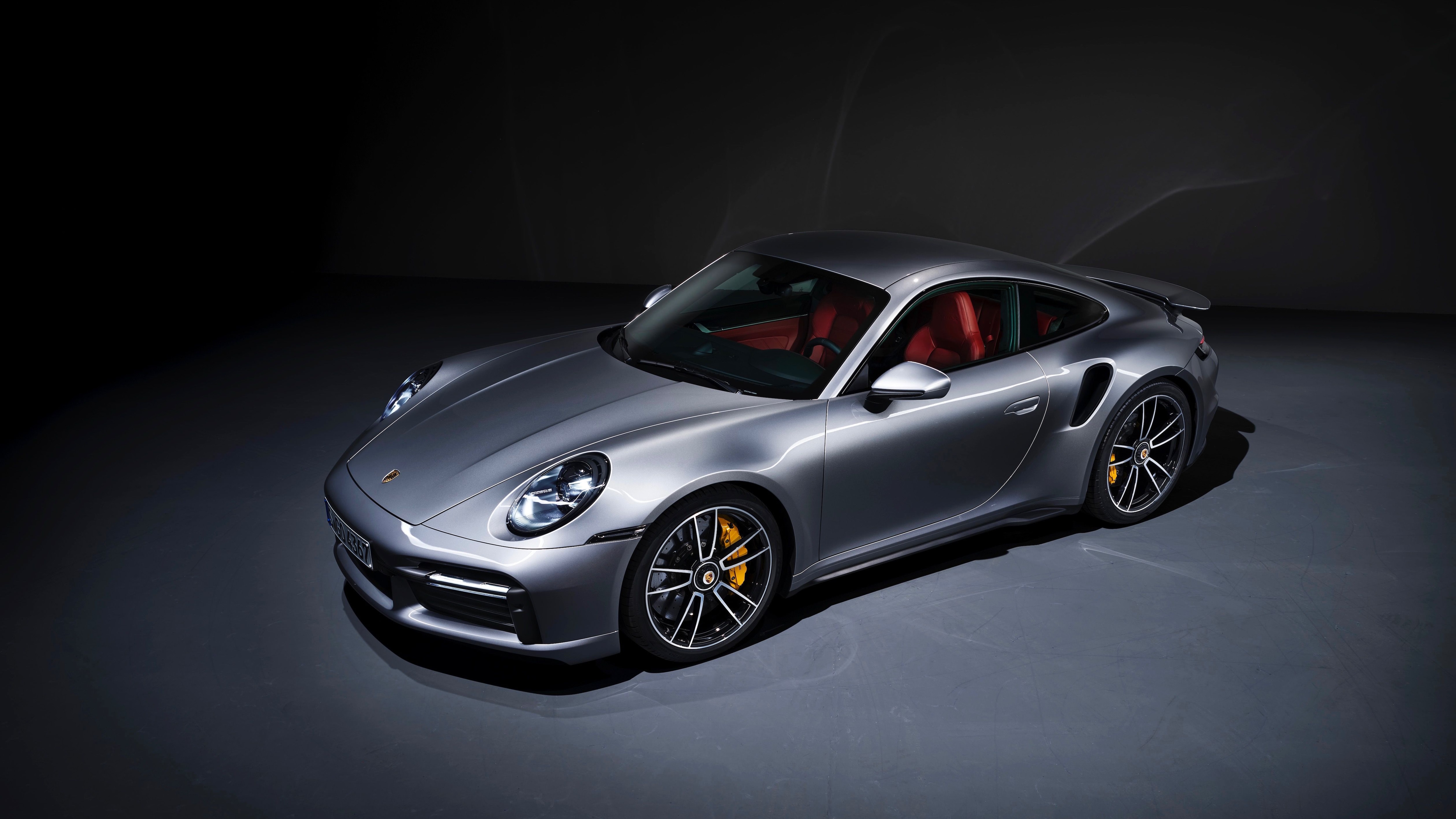 The front deflectors are now larger and has a mechanism that allows it to be extended or retracted in less time and at lower pressure.

This piece is now larger and has a mechanism that allows it to be extended or retracted in less time and at lower pressure. Three separate segments can be deployed with the help of pneumatic actuators. The two external actuators always work in sync. The centre segment of the front deflector is made of flexible plastic and can be moved so that the centre segment retracts or unfolds when the ends are extended.

You will be surprised to know that , thanks to this active part, the clearance in the front overhang is higher, which allows a better angle of attack to enter parking lots or bull's backs. 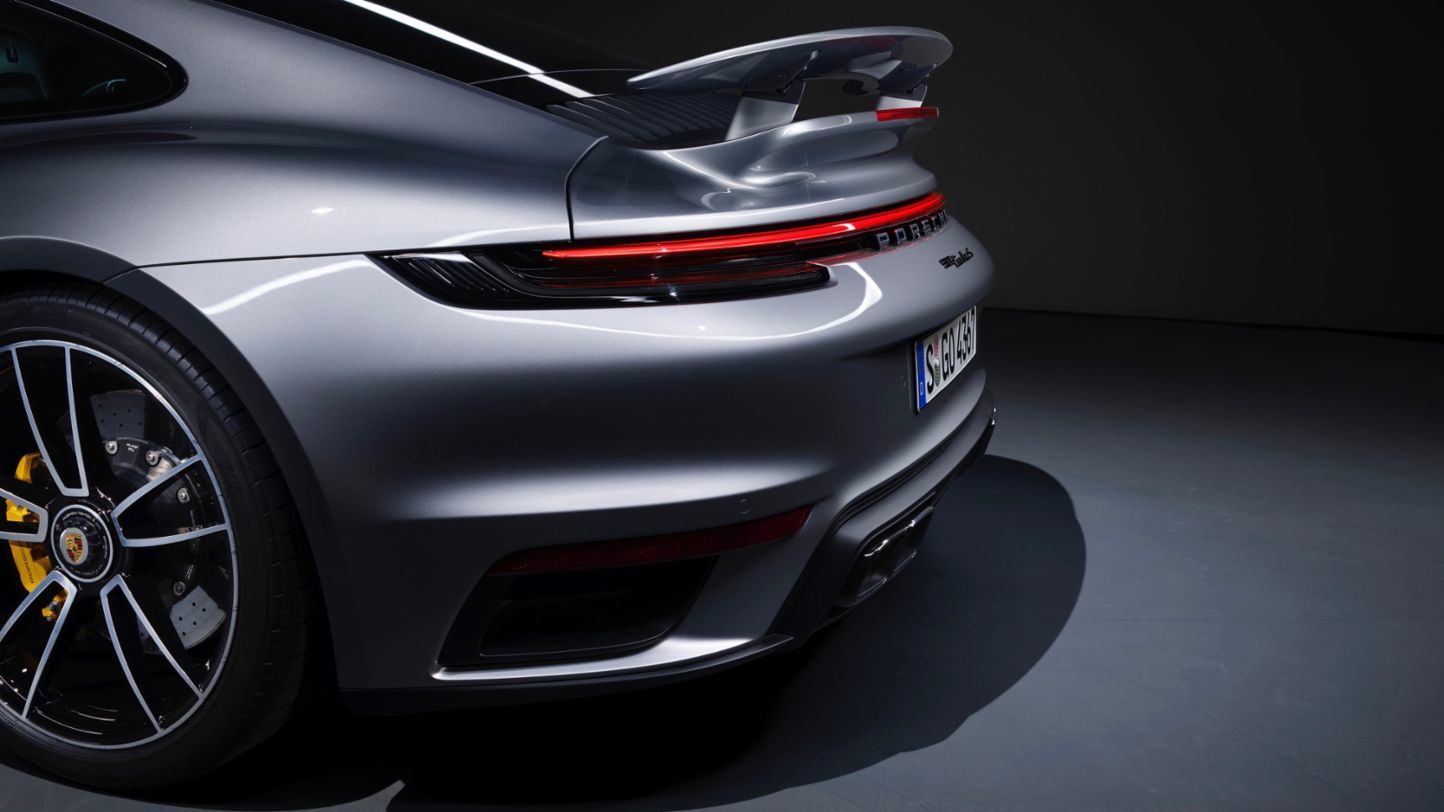 With Eco mode, the spoiler retracts at higher speeds , allowing high speed cruises to be maintained at maximum fuel efficiency.

This piece weighs 440 grams less, despite having 8% more effective surface . It is manufactured based on a foam core with forged inserts and a top panel with two layers of CFRP (carbon fibre reinforced plastic) and a similar bottom panel but using fibreglass as reinforcement (GFRP).

With Eco mode, the spoiler retracts at higher speeds , allowing high speed cruises to be maintained at maximum fuel efficiency. In Wet mode, the spoiler is fully extended, but not tilted yet. In combination with the fully retracted front spoiler lip, the aerodynamic balance passes to the rear axle, ensuring greater stability and safety.