The Taycan also won the World Performance Car of the year award competing against its siblings Porsche 718 Spyder/Cayman GT4 and 911.
By : Sabyasachi Dasgupta
| Updated on: 09 Apr 2020, 11:01 AM 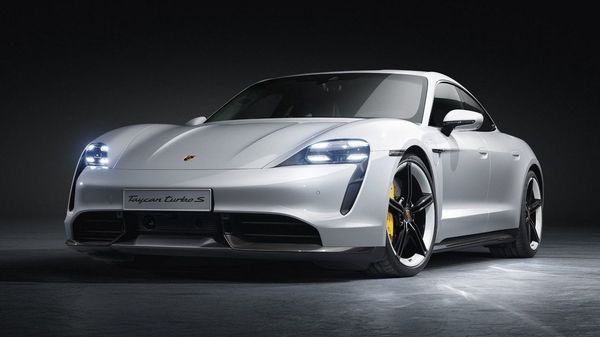 Porsche Taycan has won two awards at the 2020 World Car of the Year awards. A jury of 86 car experts awarded the highest rating of the electric car in the luxury and performance categories.

Competing against Mercedes-Benz EQC and Porsche 911, Taycan took the award in the World Luxury Car category. Taycan is the first electric car to win the award for best luxury car at the prestigious award. Taycan has also been named as the World Performance Car beating its siblings Porsche 718 Spyder/Cayman GT4 and Porsche 911.

Porsche has previously won the sports car category in 2017, 2014, 2013, 2012 and 2006, but this is the first time Porsche has won among luxury cars. This year, Porsche Taycan was also competing in the best designed car category, but it lost to Mazda 3.

Oliver Blume, Chairman of the Executive Board, Porsche said, "The Porsche Taycan was designed with a clear purpose: To show that an electric car could provide the performance, driving pleasure and everyday comfort and usability that characterises every Porsche. We are very proud that the international jury of the World Car Awards believes that we have succeeded."

The World Car of the Year awards are usually announced during the New York Auto Show. The event has been postponed to August this year due to coronavirus pandemic. The new date did not prevent the jury in charge of the World Car of the Year awards from presenting the winners of its 2020 edition. It decided to announce the winners digitally for the first time in its history.

In other categories, Kia Motor also won big. Of the 29 models competing for the most important recognition, Kia Telluride was selected as the winner, becoming the World Car of the Year 2020. The other two finalists for this award were Mazda 3 and Mazda CX-30. Kia also won in the best urban car category as well with its Soul EV.