Kia Telluride beat some very strong rivals like the Mazda3 and Mazda CX-30 en route to being awarded the 2020 World Car Of The Year title.The SUV was chosen from a list of 29 entries this year.
By : Shubhodeep Chakravarty
| Updated on: 09 Apr 2020, 12:05 PM 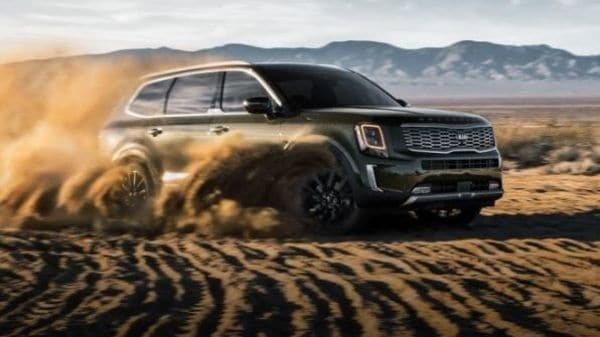 Kia has bagged the bragging rights for being adjudged the makers of the world's best car with its Telluride SUV winning the much-coveted 2020 World Car of the Year award. The biggest SUV yet from the South Korean manufacturer, the Telluride has received accolades galore since its launch but the recent honour is almost certain to be its biggest and the most special.

World Car Awards were inaugurated in 2003, and officially launched in January 2004, to reflect the reality of the global marketplace, as well as to recognize, reward and inspire excellence, leadership and innovation in a rapidly changing automotive industry.

Kia Telluride beat some very strong rivals like the Mazda3 and Mazda CX-30 en route to being awarded the 2020 World Car Of The Year title. Its CV already had the award for being the best in utility class in the North American Car of the Year and was a 'Top Pick' in the Consumer Reports. 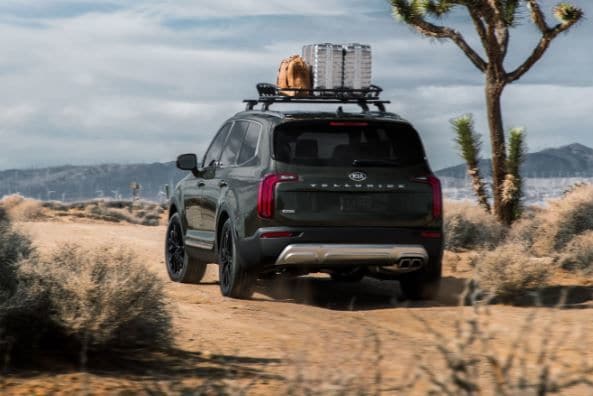 At 2020 World Car Awards - held usually at New York Auto Show but organised online this time because the event was cancelled due to coronavirus pandemic, a panel of 86 jurors from across the world voted in favour of Kia Telluride, a vehicle with butch looks, mile-long features and a very capable drive offering. "Everyone at Kia is truly honored to receive not just one, but two awards from the World Car of the Year judging panel," said Thomas Schemera, Executive Vice President and Head of Product Division at Kia Motors Corporation. “This is one of the hardest-fought competitions in the global automotive industry, proving that the Telluride and Soul EV are both truly outstanding vehicles. These accolades are testament to the talents and efforts of a worldwide team, who all strive to create desirable, high-quality and practical cars that drivers love."

The Telluride carves a separate space for itself in the three-row mid-size SUV segment in several foreign markets, including the United States. Here, it is offered in four variants - LX, S, EX and SX - with prices starting at $31,890. It gets a 3.8 litre V6 engine with peak power of 291 hp.

On the outside, the car sits on 20-inch alloys, gets extremely striking LED headlight and foglight cluster up at front and has satin chrome exterior accents. Just above the grille sits the name of the SUV - much like in Range Rovers - and there is an unmistakably powerful appeal of the vehicle. 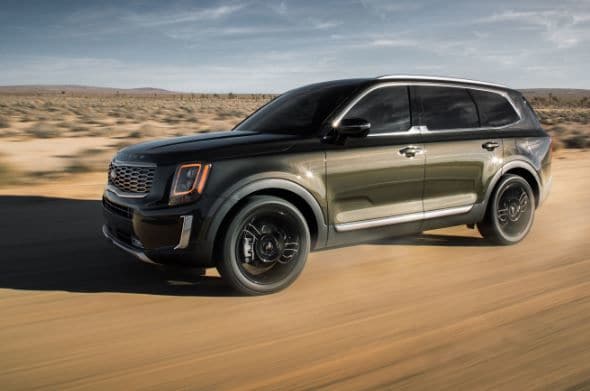 Kia is known to pack a suitcase full of features in its cars and the Telluride was always going to be ready for the journey. It gets a 10.25-inch infotainment unit which UVO link, Android Auto and Apple CarPlay. There is a 10-speaker Harman Kardon unit, dual sunroofs, wireless phone charging, heated front seats and the safety features include surround view monitor, blind-spot monitor, Heads Up Display (HUD) and many more. 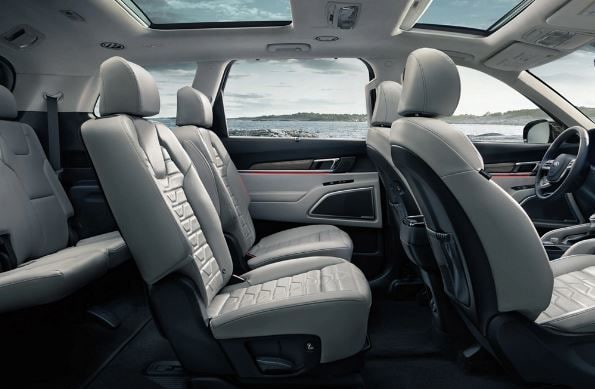 The Telluride comes with the option of AWD and transmission duties are handled by an eight-speed automatic unit.

The car has been raved about for its ability to tackle a wide variety of road conditions while offering passengers a connected and comfortable ride. As such, the Telluride bagging the top award at 2020 World Car Awards has not come as a major surprise to many. For Kia, it is a case of double delight because apart from Telluride, the company's Soul EV also bagged the 2020 Urban Car of The Year award.

While Kia only entered the Indian market in 2019, it has managed to carve a special place for itself with the Seltos SUV selling in good numbers. The Carnival luxury MPV too has had a decent start and the next product from the company here is slated to be the Sonet compact SUV. While there is no word on Telluride, the company could potentially benefit from the vehicle's entry here and could help it take on players in the more premium SUV segment.