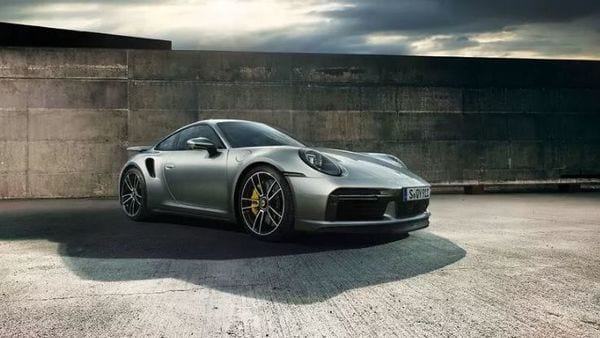 If you want to get a sense of how many buttons your car really has, try disinfecting them one by one.

That’s the new normal reviewing cars during a pandemic: Gloved men park the flavor of the week down the block from where I live, then call to alert me the car has been disinfected at a nearby gas station and is ready for retrieval; I alight from the loft where I’ve holed up in Los Angeles for the moment and wave to them, now perched 50 meters down the street, as I pull my sleeve over my hand to open the car door. The keys are resting in the center cup holder or a dashboard pocket; the hazard lights are on. A liability agreement will be signed electronically via email later that day.

Then I do a disinfecting routine of my own, which is where the buttons come in. Or lack thereof, when it comes to the 2021 Porsche 911 Turbo S.

After Porsche’s top-of-the-line coupe arrived for a test drive, I spent an additional 10 minutes wiping the sleek new interior with Clorox. (I was especially happy to be able to do this at all—the original press launch for the car scheduled for March had been canceled due to the coronavirus pandemic; individual loans like this one were scheduled for trusted journalists willing to take the car on their own. I was and remain humbly grateful to be healthy and able to drive during this chaotic, surreal time.)

It took but a moment to clean the cabin of this gorgeous German beast. The 11-inch dashboard and smooth touch-sensitive center console in the 911 Turbo S are the best execution I’ve yet seen of the effort to update a beloved control system. It contains obvious nods to the original one from 70 years ago: The touchscreen remains true to the iconic five-circle-gauge configuration behind the steering wheel, an arrangement fans have grown feverishly devoted to in a model line that has run for decades. 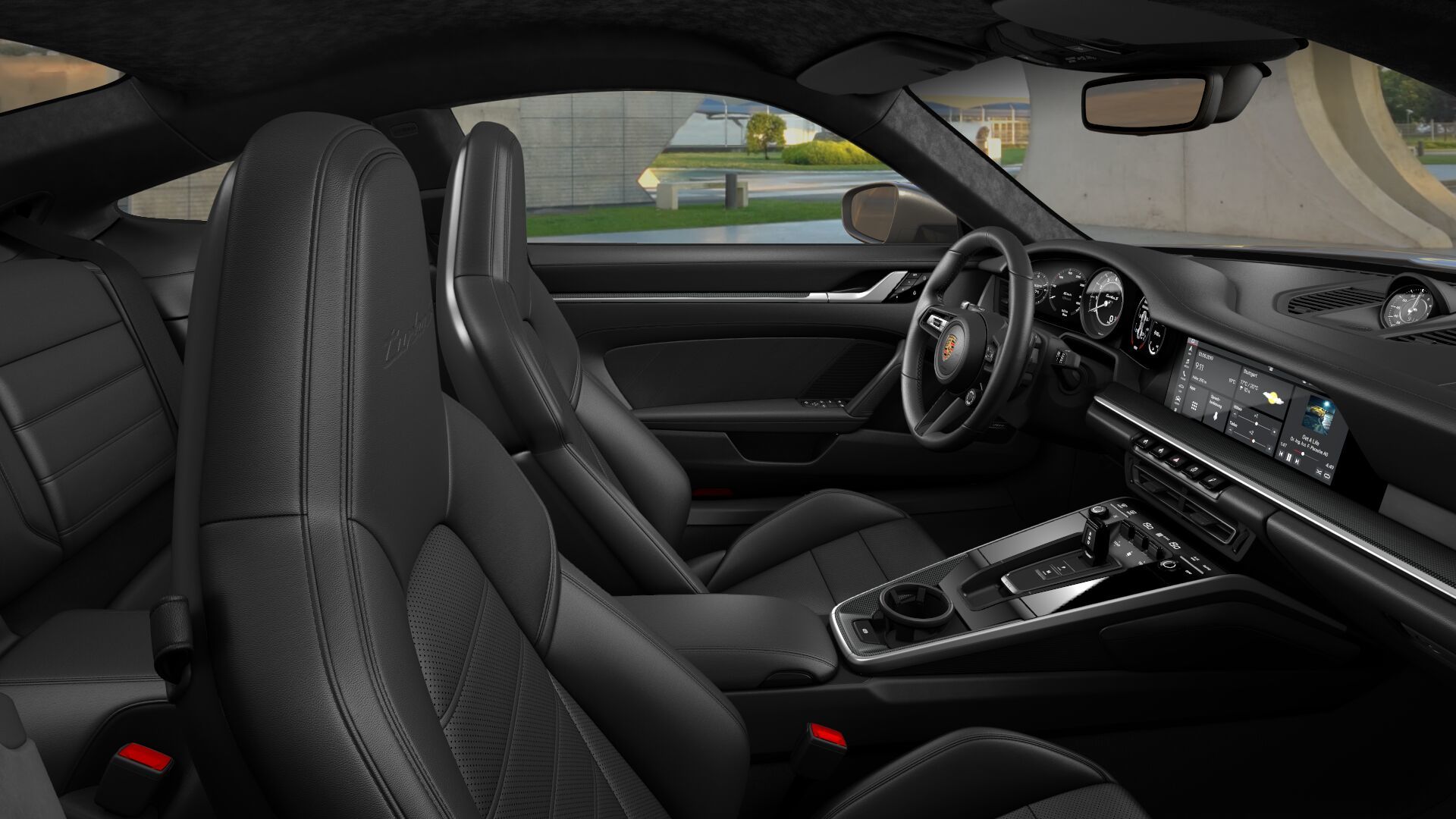 The 911 Turbo S offers a wonderful balance of advanced technology and familiar aesthetics. Alongside the gleaming touchscreens, there are a few well-placed knobs and buttons that allow for the tactile responses most humans crave when we’re using our eyes for something specific (driving). They control things like hazard lights and radio volume, seat heaters and temperature.

This is the kind of command center and pilot position that immediately makes everything that came before it seem outdated. I also recently tested the spunky 911 Speedster (the was the limited-edition, final-run, 70th anniversary model that debuted in 2018)—and its interior also seemed severely aged compared with the preening new 911 Turbo S I had just fallen for, heavily.

Other cars will feel unnecessarily loud inside by comparison: A decibel reading via the app on my phone returned higher road and tire noise leaking into the cabin even in a Mercedes sedan I drove recently. The Turbo S has been given lightweight noise-insulating glass, and it shows.

How to Fall in Love With a Turbo

As revitalizing as the new Porsche 911 Turbo S interior is, I promptly forgot about it when I got up to speed carving California canyons far away from everyone else. It completely blew my mind. And I had already driven the base version. 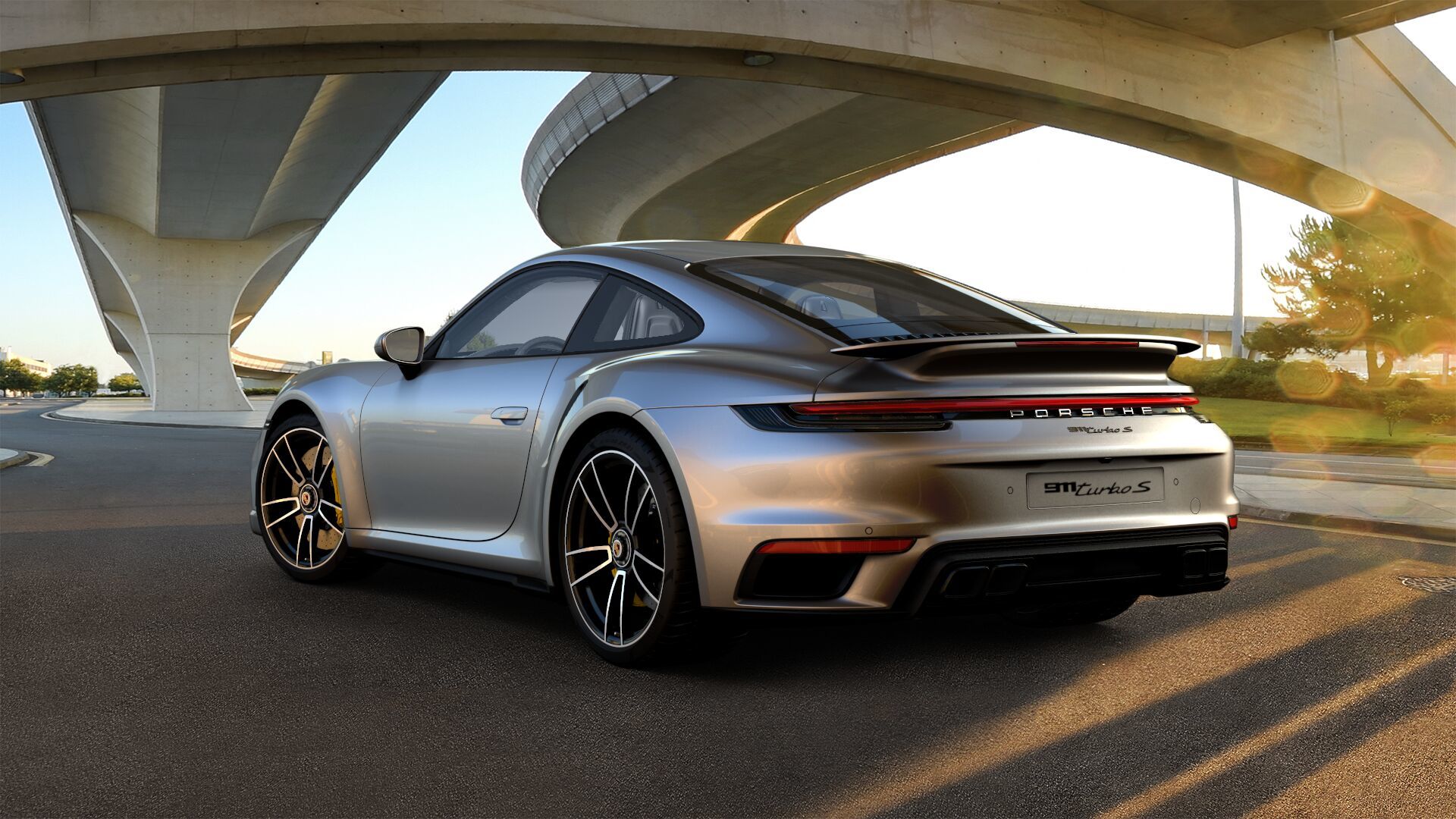 I hope I can vividly and memorably impart to you just how good this car is. The most important thing I can say about it is this: The 911 Turbo S made me a better driver than I actually am—better able to dip into corners and carry speed faster through them, braking later and getting back on the gas sooner than I normally am able to do.

But instead of being scary or reckless, forcing me to drive beyond my ability, it instilled utter confidence from behind the wheel. The 911 Turbo S somehow tapped into some unknown reserve of driving talent I have and chiseled its explosive power into a phantasm of brilliant driving. It felt like I was bathing in the birth of a star in some shimmering galaxy light-years away. Don’t ask me what that means practically—I’m talking about feelings here, not logistics. I mean, the feeling could also have been due to the active all-wheel drive, instant gratification of the eight-speed PDK transmission and gas pedal, and extensive aerodynamic and driving-dynamic systems, but I prefer to live with my own delusions of driving grandeur, thanks.

As required by all that is decent and right, the 911 Turbo S is faster and more powerful than previous generations. It has a 640-horsepower twin-turbo six-cylinder engine (that’s 60 hp more than the previous 911 Turbo S) and 590 pound-feet of torque (that’s 37 pound-feet more than the previous). Maximum torque is now fully available at any speed, not just in “Overboost" mode like on the previous 911 Turbo—so I could accelerate without hesitation from 50 mph to 90 mph, and from 70 to 100, in a way that leaves everyone else on the road in a cloud of dust and dismay.

There’s no drama here: You can duck and weave through traffic without planning moves ahead of time; you don’t have to paddle-downshift to prep for a power-punch pass of one of those pesky Priuses always in the way. Cruising along L.A.’s Highway 101, driving had never felt so simple. I’d so much as Think and the car Did.

Zero to 60 mph in the Turbo S is 2.6 seconds (2.7 seconds in the excellent Cabriolet version I drove as well), which makes it 0.2 seconds quicker than the previous 911 Turbo S. (This is just over the listed sprint speed of the new electric Taycan, though on paper only. In real-world driving, the Turbo S drops the Taycan quickly.)

Top speed is 205 mph, too, though you won’t begin to feel the end of this car’s abilities. Where in other models—that Speedster, say—you can plant your foot and hold it floored down as you round some beautiful turns, there’s no planting of feet here. The car is just too dang fast and ferocious. You’ll run out of road before you run through the end of this car.

I took it up the tight canyons of Los Angeles Crest and went faster than in anything else I’ve had. Period. Faster in that instance than in many things that had more power (Ferrari 812, for instance) or louder styling (Lamborghini Huracan) but weren’t as accessible performance-wise as the Turbo S. On the most hairpin turns, doing the most harebrained driving, the 911 Turbo S feels like an elegant Doberman that sets its jaw and doesn’t. let. go. It never wobbles, never slips, never sets a foot wrong, even and especially under very aggressive driving. In this universe, turbo lag simply does not exist. Where the excellent GT3 with its rear-wheel drive may hop and skip if you force it through a turn too fast—it can feel slippery—the Turbo S with all-wheel drive and wider-set tires returns stability and total predictability.

Here’s a good time to address the concerns I’ve heard from some who bemoan the end of the 991 range (the previous generation of 911s) and worry about the wide-set width of the rear of the car, its increased weight, or the tiny “Tic Tac holder" shifter at its console center. I know change is scary. I know nostalgia is a powerful drug. But I suggest that you withhold your judgment until you’ve (1) seen the car in real life and (2) driven the car yourself. Educate yourself first to its sublime performance, flawless interior, and still-iconic shape. Then we’ll talk. 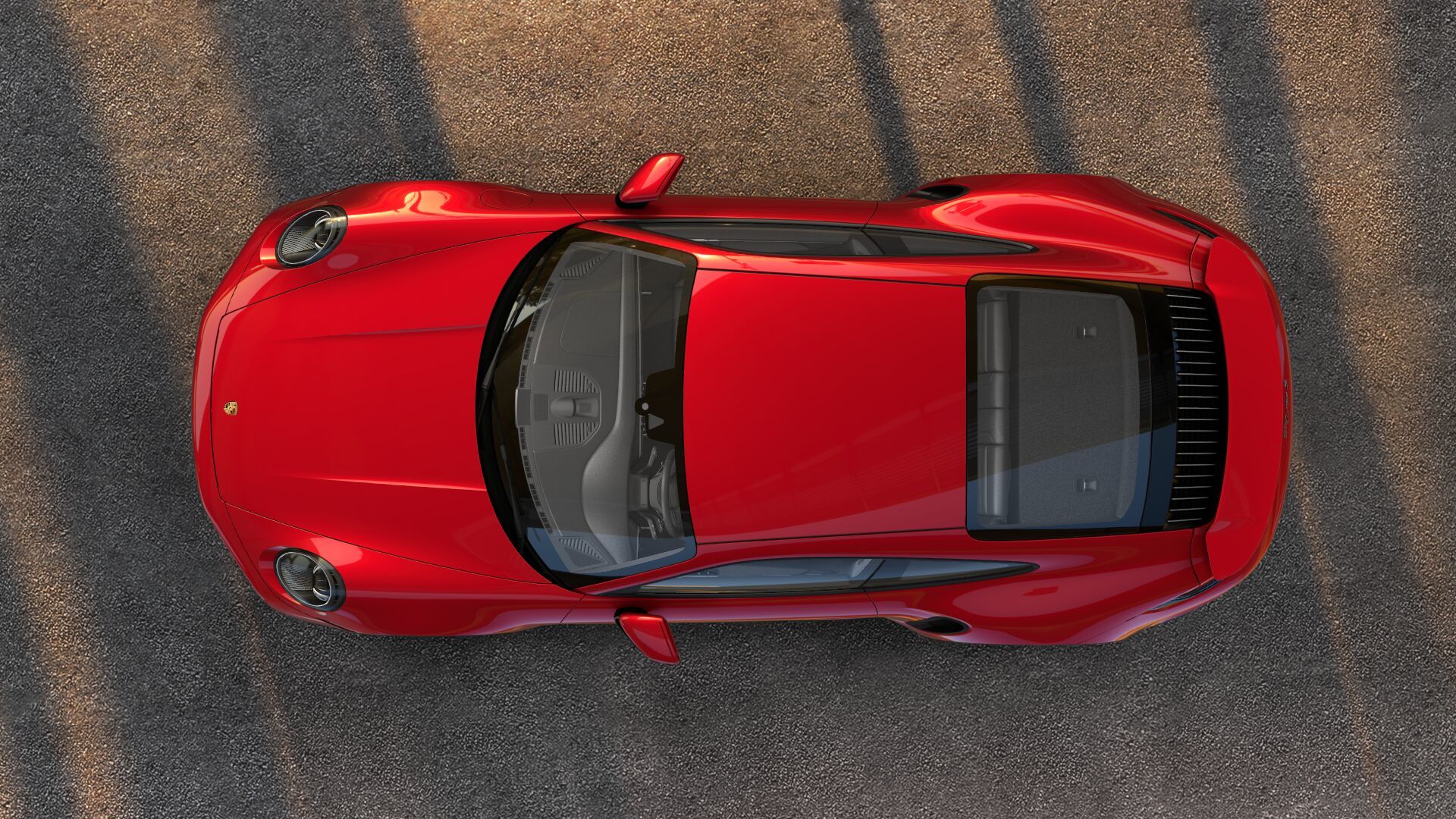 I will concede a few nitpicks: With a base price of $204,850, a sum that can approach $300,000 after upgrades like paint-to-sample colors, sport exhaust and suspension programs, this is a Very Expensive Purchase. As expensive as a Ferrari. The back seat is small (nothing new). And worst, the new doorknobs Porsche engineers saw fit to give it are awkward and painful—they lay flush with the car if it’s locked and snap back like a mean turtle if you try to open them without unlocking the car first. I can speak from experience when I say that the snapback hurts as much as if you had shut your finger in the car door itself.

But with a cabin that feels as spacious as an L.A. loft during these quarantine days (it’s far roomier at head, shoulder, and foot than similar sports cars that are longer, like the Mercedes AMG GTC), a back seat and front trunk that make it practical enough for weekly grocery runs, and an elegant, sexy style that feels more properly adult than half of the other Porsche 911 variants currently offered, the 911 Turbo S sets a new benchmark for what a sports car should be.

Just be sure to disinfect it before the test drive.

The 2021 Porsche 911 Turbo S Coupe and Cabriolet models will be available to order soon and are expected to reach U.S. dealerships in late 2020.