The Russian invasion of Ukraine has led automakers like Lamborghini, Ferrari, Mercedes-Benz, Audi and BMW - among others - to pause either operations in or deliveries to Russia.
By : HT Auto Desk
| Updated on: 16 Mar 2022, 07:36 PM 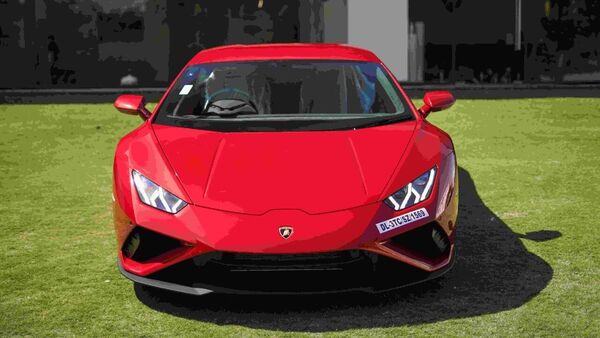 Supercar manufacturers may try to cover their lost export to Russia by expediting shipping to other countries.

The economic sanction imposed by the European Union, UK, US and other countries on Russia would result in a lesser waiting period for luxury cars and supercars. As European Union has just announced a new sanction on Russia, which will stop the export of any vehicle worth more than $54,760 to the country, the automakers could shift their focus on other markets to recover the delivery loss. This could speed up the delivery of luxury cars and supercars to the customers who are awaiting these models in other markets.

European Commission's president Ursula von der Leyen on Friday indicated that the new sanction is aimed at the rich people in Russia who are associated with the Russian government. This ban on luxury and supercars will directly impact the brands such as Lamborghini, Ferrari Pagani etc. Mercedes-Benz, BMW, Audi, Alfa Romeo among others too will lose some revenue due to the suspension. Some of these carmakers have already announced a business suspension in Russia.

Interestingly, the sanction comes weeks after both Lamborghini and Ferrari suspended their business operations with Russia in the ake of the country's invasion of Ukraine.

With the new action, the luxury carmakers and supercar manufacturers will not be able to ship vehicles to Russia. Instead, they would try to send the vehicles to other markets. Also, with export to Russia suspended, the automakers will try to expedite their vehicle shipping to other countries.

While this might be a piece of good news for several consumers around the world who have booked a luxury car or a supercar, the conflict has resulted in a major crisis for the automakers. The conflict poses long-term automotive supply chain disruption for the automakers around the world, as both Russia and Ukraine play an integral part in the global parts supply chain. While Russia supplies several key raw materials, Ukraine is one of the major suppliers of neon that is used in chip manufacturing and wire harnesses.