The $343 million hauls during Monterey Car Week revealed the discerning appetites of billionaires jostling for the best of the best.
By : Bloomberg
| Updated on: 17 Aug 2021, 10:56 AM 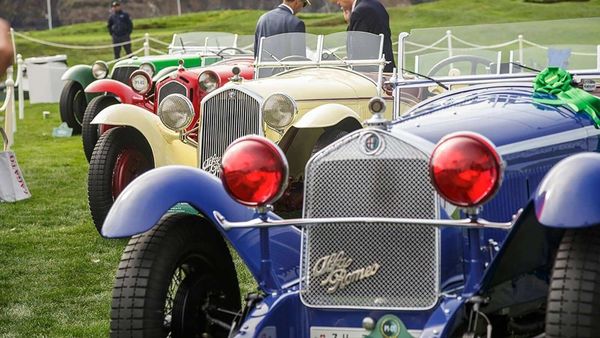 After a year of record-breaking online-only sales, the auctions during Monterey Car Week and the Pebble Beach Concours d’Elegance roared back as strong as ever, showing no sign of abatement in the collectible car segment.

(Also Read: Lexus shows its boldest side at Pebble Beach)

Five auction houses brought in a total of $343 million across three days of sales—up 37% over the same array of opportunities in 2019. (Monterey Car Week was canceled in 2020, due to the coronavirus pandemic.)

“The collector car market has weathered the pandemic and then some," said Brian Rabold, vice president of automotive intelligence for Hagerty, in his auction report. “We forecast 2021 will be the best year ever for auctions."

A 1959 Ferrari 250 California LWB Competizione Spider sold for $10.8 million at the same sale, while a 1962 Aston Martin DB4 GT Zagato rounded out the top three sellers by taking $9.5 million at RM Sotheby’s.

“Monterey provided a reminder that live auctions continue to serve an important role, especially as a venue for exceptional top-dollar cars," Rabold wrote.

As usual in blue-chip automotive auctions, a large portion of the top sellers across all sales were Ferraris; five of the top 10 cars sold were vintage Ferraris. But modern analog supercars sold well, too.

“Enthusiasts recognize that era [of supercar] is gone and not coming back," Rabold noted. A 2012 Lexus LFA Nuerburgring drew $1.6 million, setting a record for a Japanese road car at auction; a 1995 Nissan R33 Skyline GT-R sold for nearly twice its auction high-estimate and 91% more than its associated value in the Hagerty Price Guide; and a 1994 Bugatti EB110 SS sold for $2.8 million, setting a record for the model.

“There has been great diversification in the market," says Steve Serio, the founder of Bond Group and insider in million-dollar Aston Martins, Porsches, and obscure European marques such as Iso Grifo and Bizzarrini. “Everyone is eager to pay cash for what they want. No one is borrowing money to spend money."

Not all of the big cars that should have sold did so, however.

The biggest surprise of the weekend was the 1970 Porsche 917K that did not even make its reserve price. It went unsold by RM Sotheby’s, with a high bid at $15 million. Buyers may have been lured by options with stronger provenance, despite the 917K being an iconic race car; this lot had been crashed and re-bodied.

Similarly, a second racing icon of a similar era, the 1966 Ford GT40 Alan Man Lightweight race car, also failed to meet reserve, with a high bid of $5.1 million at the Gooding & Co. auction. It, too, had been crashed and re-bodied, making it less desirable than an unblemished GT40.

“These are educated, intelligent, thoughtful buyers," Brotman says. “They are eager to buy, but they want to buy the best. So this is healthy growth."