Home Auto Lexus Shows Its Boldest Side At Pebble Beach

Lexus shows its boldest side at Pebble Beach

It takes something truly singular to get noticed at an event like the Pebble Beach Concours d' Elegance, where the most beautiful, rare and collectible cars in history are on display every year.
By : AFP
| Updated on: 17 Aug 2015, 12:16 PM 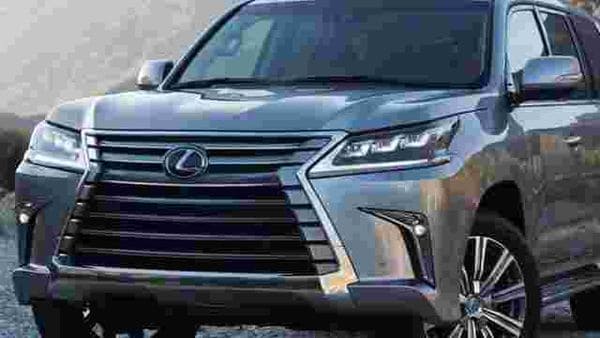 It takes something truly singular to get noticed at an event like the Pebble Beach Concours d' Elegance, where the most beautiful, rare and collectible cars in history are on display every year. Therefore Lexus should be applauded for unveiling a new car that really does stand out.

With the LX 570, the latest Lexus flagship SUV, being seen and being noticed was clearly as high on the designers' and developers' wish lists as the quality of its leather interior or the comfort of its eight seats. 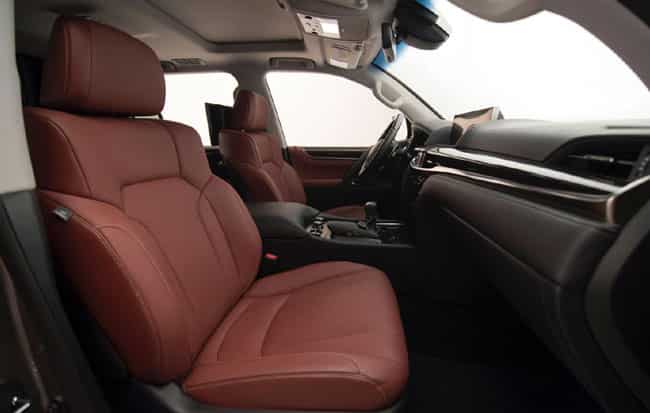 Inside there's room for eight including the driver. Photo:AFP

Any off-roader capable of carrying that many people in comfort is going to be a big car, but rather than use clever lines or exterior detailing to make the vehicle seem smaller or svelte, Lexus has decided to do everything it can to amplify its proportions.

Nowhere is this clearer than the car's front 'spindle' grille, which is by far the biggest example of the design on any modern Lexus model. It is so large that it will intimidate the car in front when glanced in the rear-view mirror.

But the engine it conceals is equally large -- a 5.7-liter V8 unit with 383hp on tap -- as are the standard 20-inch alloy wheels (21-inch versions are an option) that the powerplant turns.

And unlike a lot of vehicles in this category, the Lexus actually has a lot of technological kit on board to turn each of those four wheels over something other than the beaten track. There's a limited-slip center differential that can move torque between the front and rear and can lock completely when the need for grip is at a premium.

There's also a low-range gear box for creeping up the steepest inclines or handling the biggest descents and a set of pre-programmed modes for conquering everything from rock to mud and sand. 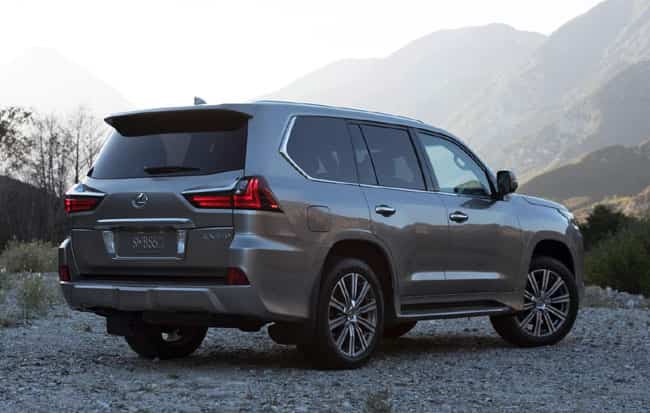 The car has the tech to cope with heading off the beaten track. Photo:AFP

However, even an off-roader this capable will spend most of its time firmly on-road and a host of standard options ensures that the driver and passengers will do so in supreme comfort and well-being.

Wooden trim choices for the cabin include matte walnut and dark mocha while the second row of passengers get their own sun visors and ventilated seats that are synched with the air-conditioning system to provide heating or cooling as needed. The second row of seats also gets optional 11.6-inch entertainments screens plus integrated controls and USB ports in their armrests.

As for safety, features like Park Assist and a panoramic 360-degree camera are standard equipment, as are pre-collision braking, pedestrian detection, blind spot monitoring and active cruise control.