Low sales and comparatively high pricing of the BS 6 update is the reason behind the discontinuation of Nissan Micra and Sunny sedan in India.
By : Prashant Singh
| Updated on: 11 May 2020, 04:51 PM 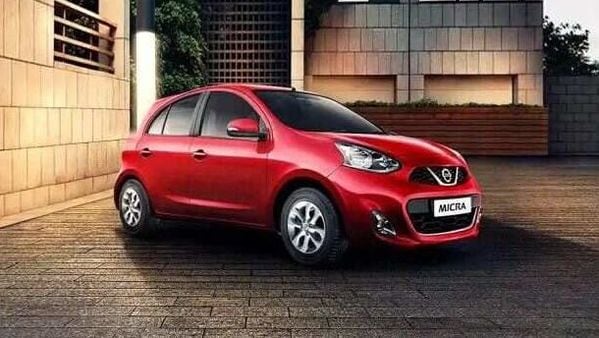 The adaptation of the latest BS 6 emission standards has resulted in silent discontinuation of a number of cars in the Indian market and latest to join the list is the Nissan's Micra, Micra Active and Sunny. All of the three models have been completely removed from the brand's official website. These cars won't be re-launched in the updated BS 6 avatars.

Currently, the automajor only has two models in its line-up - Kicks BS 6 and GT-R supercar. Nissan is yet to reveal pricing on the former model. (Read more details here). It goes without saying that low-sales and comparatively high pricing of the BS 6 update is the reason behind the discontinuation. On the other hand, the company is preparing a sub-compact SUV for India launch, it is rumored to be named Magnite. The SUV has been officially teased on company's site and is expected to set foot in India later this year.

The company launched the Micra hatchback in India a decade back, the car then went on to receive a mid-life update in 2014 and the next facelift followed in 2017. With the last official update, the hatchback gained follow-me function, rain sensing wipers and sporty orange interior accents.

It came with a 1.2-litre petrol-sipping engine which developed 76 PS/104 Nm of output figures and came mated to a Continuously Variable Transmission (CVT). Besides this, it also featured a 1.5-litre diesel oil-burner option which delivered 63 PS and 160 Nm and came with a 5-speed manual gearbox.

While the Nissan Micra has been quite a popular product in the international market but it never garnered expected sales for the company in India.

The company added Sunny sedan to the portfolio back in 2011 and the car was given an update in 2017. It featured a 1.5-litre petrol and 1.5-litre diesel engine options.